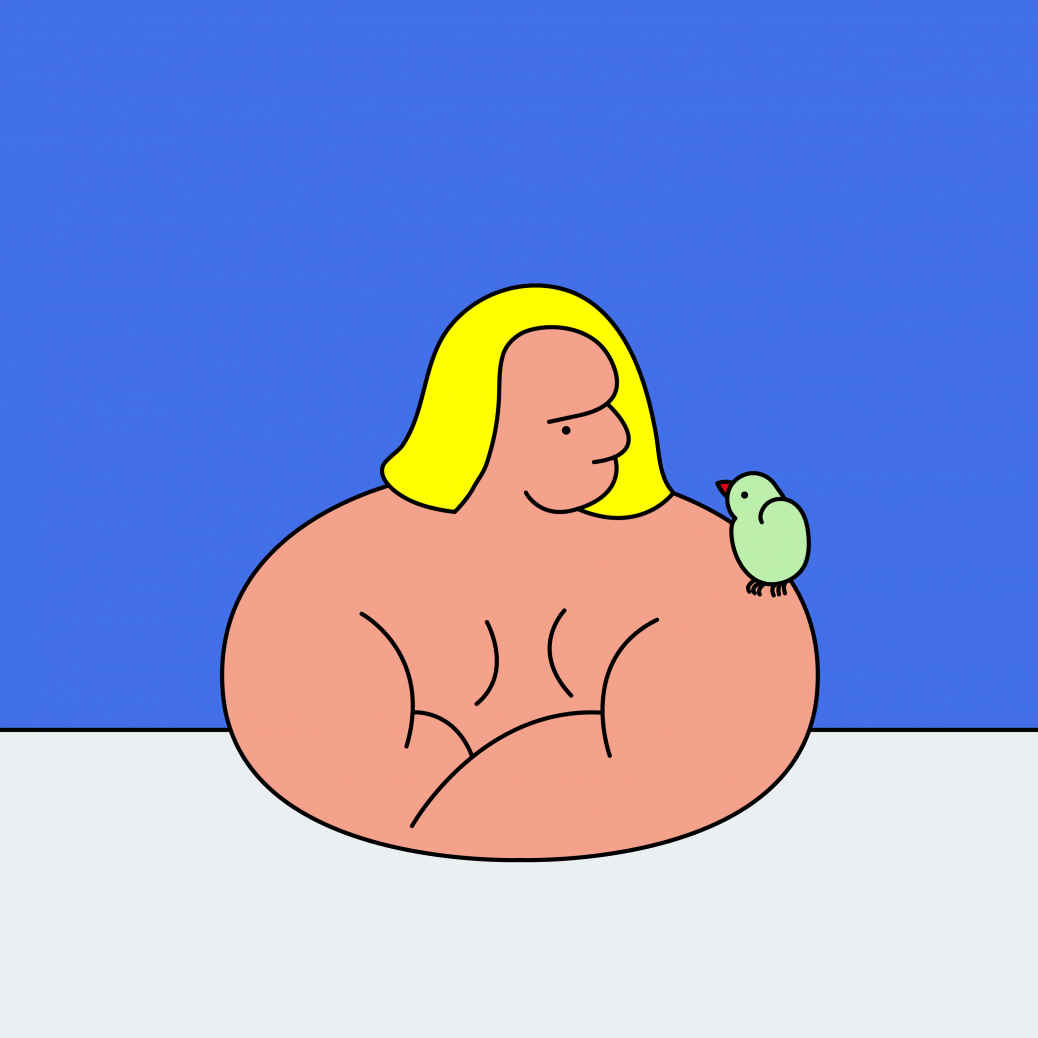 My mind is a battlefield these days.

It’s a battlefield between calm and fury, tension and relaxation, self-love and vicious criticism. But the biggest conflict, the relentless war of attrition from which all other battles follow is being waged by the forces of acceptance and repression.

I’ve always been a highly sensitive individual. As a child I wouldn’t stop crying over people or animals (or aliens) in pain or suffering, whether real or on TV. I begged my parents to give money to all the homeless people we encountered, and if I ever came across abandoned animals, I immediately brought them home, pleading with my mother in tears she let me keep them.

On the other hand, my skin was paper thin. I exploded in anger easily, and over petty things. I remembered every insult in great detail, holding grudges like a moody elephant, wallowing in resentment for weeks. I was prone to exaggeration and generally overwhelmed quickly…

As years passed and my personality began to rise from the primordial soup of childhood, I went through a rebellious phase, collecting all the necessary cliches along the way – I flunked school, smoked pot and drank booze until passing out.

I developed a specific set of interests and actively explored the boundaries of autonomy. I became a stubborn, defiant teenager.

But my sensitivity remained exactly as it was – untouched and delicate like crystalware.

Growing up in Eastern Europe in the 90’s, gender roles weren’t nearly as ambiguous as they are today. Pretty early my surroundings telegraphed that if you’re a boy, sensitivity isn’t just an undesirable trait – it’s detrimental to your existence.

So I turned to my inner jailor, and became a master of concealment. Feeling contempt for my heightened emotional perception even when I was alone, I kept suppressing it, because I truly believed my life depended on it. This unrelenting rejection eventually bred deep-seated shame over a big part of who I was.

At times of great turmoil the facade would crack, which made me judge myself even more. When I was 17, my first girlfriend broke up with me, and despite my best efforts to push the sadness down, a couple of tears managed to escape my safety net. The burning vividness of that particular memory would torture me for years afterwards – not because I was dumped, but because I showed unrestrained “weakness” in front of somebody I cared deeply about. I didn’t feel like a man anymore, whatever that meant…

I tightened the noose even more, cementing the apparent leaks in my character with artificially cultivated attributes I’ve picked up from other people. Instead of expressing what burdened me, I learned to craft nifty PR statements that had nothing to do with reality.

I made myself comfortable in discomfort – the state of watchful safeguarding became my new spiritual home. Sacrifices had to be made, but at least the question on how to live and function as a young man was finally resolved.

Except of course it wasn’t.

A couple of years ago, out of the blue, a new breed of fear began to take hold under the surface of my carefully crafted operation. I ignored it at first, but it seemed to thrive no matter what the reaction to it was.

Typically, I would be attending a dinner or a party, when somebody asked me a personal question. Following standard procedure, I ejected one of my template press releases thinking I’m already on my way, when I suddenly found myself losing ground and scrambling for coordinates. “What kind of an interaction just took place? Did I give the right answer? Did I provide the correct piece of the puzzle? Are people completely horrified because of what I’ve just said??”

Most of all, I began feeling like a fraud who’s just been exposed, as somebody who’s only playing a person. Out of nothing, my paranoia blew up – I searched for suspicious glances in everybody’s faces, before running away like a wounded animal. Walking home, I was filled with tormenting worries that my friends are talking about me behind my back.

And just like that my sanctuary was gone. The cracks became impossible to fill. The more I tried to extinguish, the more useless it proved. It all didn’t seem like the usual masonry work anymore, it felt like an existential round of Whac-a-mole.

It didn’t take too much soul searching to decipher that the explosive onset of social anxiety was in direct correlation with the brutal denial of letting myself feel what I actually feel.

TURNS OUT YOU CAN’T SIMPLY CARRY ON WITHOUT A BIG CHUNK OF YOURSELF, EXPECTING EVERYTHING WILL BE ALRIGHT.

I began reexamining the origins of my notions about masculinity, swiftly discovering that contrary to my beliefs, most of what was in my head wasn’t a product of my own. It was implanted there, and then internalised. The particular method of acting on these poisonous notions, however, was purely my choice, but that was also the full extent of my control.

In any case, this brief state of complete honesty with myself illuminated a simple truth – repression stopped doing it’s magic trick and was now making me visibly unwell. Perhaps it was time to stop flogging a dead horse.

I had acquired just enough internal space to permit a faint voice coming from the other side to penetrate my consciousness – it was the voice of acceptance I didn’t even realise still existed. Emboldened by this modest success, I “risked” it all and, terrified as a newborn, began allowing glimpses of vulnerability to be witnessed by the people around me.

To my great astonishment I was never judged for it. On the contrary; everybody, without a single exception, appreciated the trust that was placed in them. Even more, these early embarrassed displays of sensitivity empowered me in a way I could never have imagined. When I laid them bare, all the pent-up shame would evaporate like a harmless little soap bubble.

Despite the light at the end of the tunnel, it’s impossible to unravel the entire decade of self-imprisonment in just a couple of self-affirming moments. Yes, I’m putting much more effort into practising an open heart, but the echoes of the past keep bouncing back, calling me to return to my good ol’ self-sabotaging ways.

Sure, trying to be mindful of small opportunities day by day can feel like a troublesome chore. But continuing to live in denial would mean regressing back to the state of painful, chronic powerlessness, this time maybe for good.

For me, the choice is easy.

Originally published at https://thatanxiousdude.com on May 25, 2020.