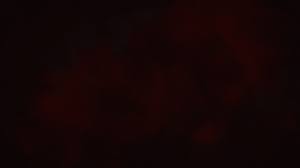 I’ve been depressed for as long as I can remember. I’ve tried therapy, medication, and reaching out to so called friends, and nothing works. I’ve been contemplating suicide, debating whether or not to go through with it. People are inherently selfish. Throughout my life I’ve always been a better friend to others than they were to me. I’ve reached out to people I thought were my friends several times to no avail. Last year I visited a so called friend in the hospital 5 times and as soon as she gets out she turns into a ghost. Why am I the only one trying to maintain friendships with people who refuse to do the same. I had another “friend” who would always bail out at the last minute when we were suppose to meet. I was always the only one asking to hang out, she would never ask me. I called her out, she “apologized” and continues to do the same damn thing. This felt especially bad because I really liked her. I’m done trying. I give up. I don’t have the energy anymore. It would be great to have a friend who truly understood and cared and made a genuine effort to help, but that has never happened. But I learned a valuable lesson. The first is you can’t make someone like you; second is people aren’t who you want them to be they are who they are. People don’t change.

I felt like I don’t belong here. I’ve tried to connect with people and its never worked. I feel like a burden to my family. Depression has followed me throughout my life and I feel like I’m at the end of my rope. I don’t know what to do at this point. I have no one to talk to. Most people don’t have empathy. Most people are apathetic. I’m constantly isolated. I’m all alone.