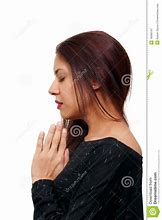 From an evolutionary perspective—and from nearly any psychological perspective—parenting is downright critical.

In recent years, personality psychologists have found that a certain cluster of traits that we refer to as the

“Dark Triad” of personality, including narcissism (overly focusing on oneself), Machiavellianism (manipulating others for one’s own gain), and psychopathy (having little in the way of feelings for others), is predictive of a broad suite of difficult social behaviors, such as revenge-seeking (Geher et al., 2019), cutting people out of one’s life (Geher et al., 2019), refusing to help others (Ruel et al., 2021), and promiscuous sexual behavior (see Schmitt et al., 2017), among many others. In short, we should watch out for people who show Dark Triad tendencies—they can cause all sorts of problems.