Growing Up With Binge Eating Disorder While Being the Invisible Child 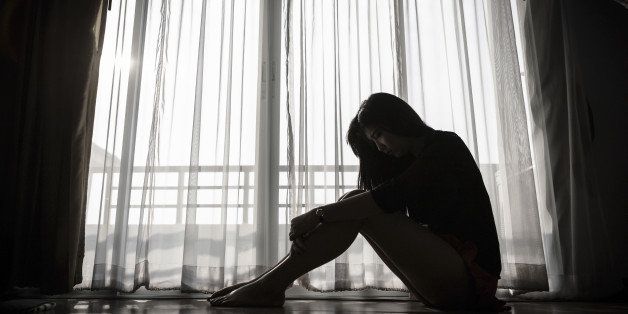 When most people think of eating disorders, anorexia and bulimia are usually the two that come to mind. It seems like very few people know what binge eating disorder (BED) is. In the past, it upset me a lot that nobody knew what it was. It made me feel like my pain and suffering was less valid. I’ve realized now that my pain is just as valid as everyone elses. I hope BED is talked about more, because it can be very harmful if left untreated.

Note: this might be triggering, so read with caution!

I don’t know when exactly my relationship with BED started, but if I had to guess, I’d say around middle school is when it became a huge problem. I started to not bring my lunch to school because I hated eating in front of other people. I was bullied by people I used to call my friends for my weight all the time. I remember how a friend said I would break trampolines if I jumped on them, how I would break chairs, how I would break just about anything I touched, all because I was fat. I think that’s why I stopped bringing lunches. I felt like I didn’t deserve to eat because of my weight. I remember how this guy bullied me and told me to kill myself because I was fat. I didn’t show up the next day just to spite him.

As one can imagine, not bringing lunches everyday made me very hungry when I got home. I would always have a small snack when I got home, but these “snacks” got larger and larger everyday. It’s been years since then and I honestly don’t remember what I used to eat, but I would bet it was at least 4x the serving size of whatever I was eating.

This continued into high school as well. I didn’t eat breakfast OR lunch, so you can imagine how huge my appetite would have been after getting home. I just ate and ate and ate until I felt numb. I always felt so guilty afterwards. I knew that I was eating too much but I just couldn’t stop myself.

Throughout my 4 years of high school, neither my friends nor my parents talked to me about not eating breakfast & lunch. Nobody. I wish someone had noticed how much I was struggling but I guess everyone was too caught up in their own worlds to notice. I don’t hold any anger towards my friends because I am obviously not their responsibility, I am angry at my parents. All their attention was focused on my younger brother (and still is to this day). He was the only one they could see. I was always invisible to them.

I started to binge eat less during senior year and into college. I still deal with binge eating, but it’s not as bad as it was for me in middle school and early high school. I finally told my therapist about my eating disorder this past December, and for once I was validated. My therapist had diagnosed me with depression at 15 and told my mother (I wasn’t aware of this until December). Apparently she had suggested I go on antidepressants but my mother was totally against it. Shocker!

I finally started taking antidepressants at the very end of 2019. I am taking one that actually makes you lose appetite and that has helped me immensely while trying to recover from BED. My longest streak without binge eating was 2 months! It might not sound like a lot, but that was insanely difficult for me.

I finally decided to tell my mother about my eating disorder in December as well. You know what she said to me? She said “I knew that all along. It was obvious you had an unhealthy relationship with food.” At that moment, I truly had no words. I’ve been dealing with BED for 8+ years now. The fact that she never had thought to bring it up with either me or my therapist angers me to the core.

I hope more people will learn about BED. It is just as serious as other eating disorders such as anorexia and bulimia. I hope that it is something that will be taught in schools. I think if I had learned about it, I would’ve realized that I had it and I could have gotten the help I needed back then.

If you read this until the end, thank you. If my story resonated with you at all in any way and you want to talk, my inbox is always open. I genuinely mean that.