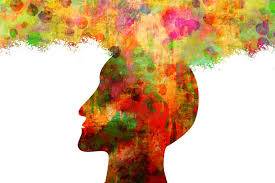 PTSD. For me. It’s flashbacks and the non-epileptic seizures that are the most excruciating part of it. I get these looks after I have a seizure. Like a pity look or a terrified look. Or sometimes I get the avoidance, the person will makes sure i’m okay; but then act like nothing happened. I hate having them. I wish I could just “be normal”. Though honestly they happen a lot less frequently than they have before. But they happen when someone touches my neck – though I’ve gotten better at working through that trigger (I used to faint right on the spot at a single touch). But hair pulling too – i haven’t dealt with that much anymore – doesn’t help when you have a baby who loves to pull hair – but thank god she is not THAT strong. The smells – oh the smells – cigarette smoke. It drives me crazy. Even just thinking about it makes me squirmish. It’s been seven months of clear air (for the most part). Occasionally I’ll walk by a smoker – usually see them ahead of walking by them – man I hold my breath. It used to trigger the worst flashbacks. The word “crazy” never again will I ever be around someone who calls me crazy. I hate that word to the extreme. It is unwelcome to be used around me. I will give you a speech. My lord. PTSD has so much to it. Each person it’s different. I mean, we all have the same issues. But different triggers. That’s what I am learning in group. For instance – my friend can’t stand adidas tennis shoes. For me, its guys with pony tails and beards and black shirts. My husband had that look. I’ve seen plenty of men where I am now that have this look. And the ford blazer gold car. I literally have spent days where I end up thinking I am being followed only to find out its not his car. The gum popping, ha. Theres a girl I am now friends with. But when I first met her. I couldn’t be in the same room with her. I had to literally get up and lock myself in the bathroom. We were in a group session and I couldn’t take it. I had to go sit in the bathroom to calm down – upon therapy sessions I found out that was a trigger. Fun stuff. My ex used to do that with nicotine gum just to get at me. The list could go on. So in ways I’ve been trying to break out. Rebel against my PTSD as much as possible. Which I think is part of the healing process, but I am not entirely sure. For instance – christian music is a HUGE trigger for me. Sometimes it comes on the radio here or there in stores or in the car or bus – out of my control. So I get my headphones on and listen to the most obscure music sometimes. Music I wasn’t allowed to listen to. There’s so much of that nonsense. Stuff I wasn’t allowed to do or was completely isolated from – my ex was a HUGE racist. I’ve been making friends with all different cultures and its extremely awesome. I’ve never had a problem with that. Making friends in other cultures. Anyway. I guess that is where I end tonight. Purging all that is needing to be said. Freeing myself one step at a time from isolation in the simplest way by just letting myself feel. Validating that I’m going through this and purging the hurt and pain and grief and all that comes with this. Done being bottled up.