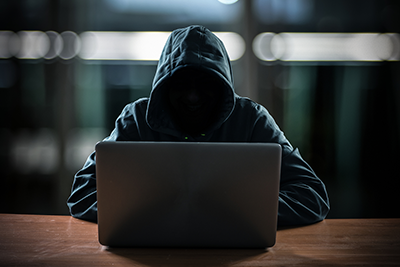 People talk about childhood sexual abuse often but I rarely see stories of people who were sexually abused online. I’ve told very few people about what happened to me, not because I’m ashamed but rather because I just recently realized how bad it really was. I remember searching the internet to see if anyone had a similar experience but I have yet to find anything. This is why I want to share my story.

Note: this may be triggering to some, so please read with caution! Stay safe.

Growing up, my parents were very strict about internet usage (I was a child so this is obviously reasonable). I got a Nintendo DSi when I was twelve years old, and this was the first time I could explore the internet without my parents watching my every move. At one point while I was searching the internet, I found out there was a forum website for people who owned a Nintendo DS. I joined and set up my profile and was met with a swarm of welcome messages.

I made friends on this site but I was very close with one person in particular whom I will refer to as “John.” John and I messaged each other all the time. I do not recall what most of our normal conversations were like other than the fact that we talked about music a lot.

Then John started to message me very sexual things. At first there weren’t any red flags, he told me he was fourteen so I wasn’t weirded out. He was only two years older than me and this is just what people do on the internet, right? He would say certain inappropriate things that I didn’t know the meaning of, and when I’d ask him what they meant, he always said “just google it.” It eventually escalated from messages to photos. He would send me inappropriate photos he found on the internet and tell me that we should “recreate the photos.” He asked me for my email and I stupidly gave it to him. He would send me photos and videos to my email as well. I never replied to any of this but it made me very uncomfortable.

One day, John told me to add him on Facebook and linked his profile. I didn’t have a Facebook because I was twelve but I was curious so I looked at his profile. It was on private, but the profile photo was a man who looked to be in his forties. I brushed it off because the photo wasn’t a selfie and it was decent quality, I figured it must have been a celebrity or something. There’s no way the fourteen year old I was talking to was actually a forty year old man, right? I didn’t bring that up with John, so to this day I truly don’t know if it was him or someone else.

I don’t remember how long this went on for, but my mother became suspicious of me always being on my DSi and one day took my DSi away. She looked through everything. Every message that John sent and every message I sent back. She saw all the sexual comments he made and all the photos and videos he sent. I was beyond embarrassed and scared of what she would say.

She blamed me for it. She told me, a twelve year old, that I knew better than to message someone like this. She yelled at me and took away my DSi, along with my internet privileges. She told me she had planned on getting me an iPod for Christmas but now I wouldn’t be getting that because of what I  had done. The next day, she told her coworkers about what happened (I know this because she told me). Her coworkers told her to contact the police (because he was probably a pedophile) but she told me she might contact the police and insinuated that it was, again, my fault and I would get in trouble for it. She never did end up contacting the police and we never spoke about the incident after that. She made occasional references to it, implying that I was at fault and I should be ashamed, but other than that, nothing.

When I eventually got my DSi back, I logged back in to the site and sent John a message. I apologized to him for suddenly disappearing and told him that my mother had taken my DSi away. He told me to never contact him again.

I am just now coming to terms with this, and that it is not my fault. My therapist told me that it seems like I was more traumatized by how my mother reacted, rather than the actual incident. I cannot believe she blamed her own child instead of the man who took their innocence. My mother invaded my privacy all throughout my teen years and demanded all passwords for my social media accounts because of this. She would randomly take my phone to look through everything- all my photos, videos, apps, internet history, etc. It is because of this that I am extremely paranoid doing anything online, and I am terrified whenever my mother goes near my phone or laptop.

If anyone reading this relates to my experience, I just want you to know that you are not alone. What happened to you was not your fault. I hope you are able to heal from what happened.

To any of the young teenagers reading this- if someone on the internet is making you uncomfortable, tell a trusted adult (your parents, aunt/uncle, grandparent, school counselor, etc.).

Unfortunately, I am sure many more children will go through something like this but I hope that they can find my story and know that they are not alone. Childhood sexual abuse happens in real life, but also on the internet as well. It does not make your trauma any less valid.