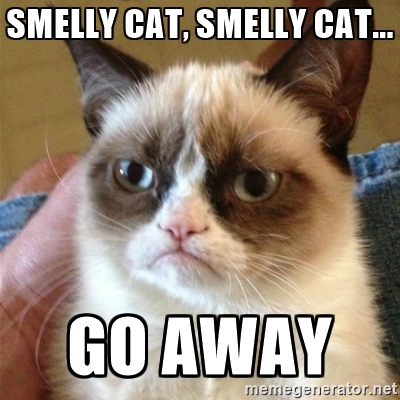 So frustrated today. I was taking Depakote for my bipolar II and it was going really well; I was balanced, positive and productive, but I had to stop taking it because my hair fell out like crazy. My psychiatrist and I agreed that it would be best that I try yet another drug. So he put me on Lithium. I’ve been on it for a week and a few days ago I noticed an odd smell in my house. Then I realized, it was me, I smelled bad.

About an hour after I shower my allover body odor starts to reek. I’m a woman in my mid-thirties but I smell like a 70-year old man who’s been smoking his whole life. So I told my therapist today: I want to stop taking the Lithium and try something different. She spent the whole session trying to get me off that idea, to get me to be “positive” about it and just generally not listening to me or hearing me properly. I ended up getting really mad. Saying “I’m 34-year old divorced childless woman who’s so poor that she has to accept money from older family members and wear clothes with holes, walk around hairy as a yeti because I can’t afford waxing and with 4-inch roots because I can’t afford to dye my hair. I am DRAWING THE LINE AT STINKING!”

She kept on anyway.

I left the session feeling so dejected. I just wanted to be heard. Am I really overreacting at the fact that I STINK? Nobody wants that.

Finding someone is really hard in this city. It’s extra hard when you’re over 30 and looking for something serious. I don’t think adding “smells like old man” on the laundry list of things that make me less-than desirable is going to help. Don’t get me wrong, I have many good quialities, but I don’t think any guy out there is dying to jump on someone who’s got mental issues. (Some may think they are, but when it comes down to the real thing, they usually aren’t).

I don’t feel super desperate. I just want it to be an option to date. And MOST OF ALL, I want to feel good about myself. One of the reasons I want to take meds for my BPII is that I want to be confident, positive and happy. I won’t feel confident, even if I do my best to look and feel good, inside and out, if I’ve got an ever-present stench eminating from my every pore.