The Reason Why I don’t care for Xmas season 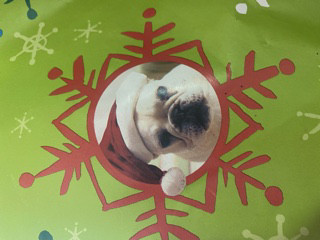 My least favorite time of the year is here.   The unpleasant and deadly (allergy)  for me spice smell (cinnamon) spice now is in many stores.   Yay! Not so much! I have to wear a mask even in non covid times in stores because of cinnamon

However, this year will be different   The front porch is now going from fall themed to spring themed!

I am a child abuse / neglect survivor.   The alleged biological egg and sperm ingredient humans were the [email protected]“@&@‘ obnoxious decorated house with lights and  light up tacky plastic. The news stations would come out and film.

The inside lights weren’t allowed to be used and the heat was hardly turned on.  Food was  very limited.

However, they bought new cars every year and bought fancy new clothes.

I had to babysit the children after school that the alleged egg donor was hired to watch but she kept all the money.   I was unable to do my homework at home    Yet at school teachers tore up homework that I found time to do at school    They would have affairs and take me on their dates    I was taken to video stores back when there was a adult porn section behind a red curtain   I was a little girl left unattended with a very young alleged sibling   He would go behind the curtain and sleazy men would try to get me leave with them

People thought I was so fortunate.   I rode in nice cars .   I lived in the famous Xmas house    The house was well decorated

I was dying of toxic shock syndrome.  I showed them the information and my temp.   They refused to take me to the hospital    They decided to take a vacation instead. Then they took me   The doctor didn’t think I would live    He tried.  He had just lost a patient my age with it and she ended wasn’t as far gone as me

They shot guns at each other in the house and threw things    I had just patch the bullet holes and clean up the broken items   I had to clean the whole house, cook and iron    I didn’t get a allowance   I babysat and bought every thing I needed from a car . food to clothes

Alleged male sibling and was given a car, clothes and he was violent with towards and tried to rape me

Alleged male bio parent was standing by me when I woke up with my nightgown pulled up.   He looked guilty and said he was there to cover me up

My female role model/ mother in my heart corrected them when they told her I was worthless and not worthy or college   They refused to sign the form for me to take pre college courses    She told them I was worthy!

Thank you  for reading.

I don’t like Xmas season and now you know why