A Prisoner Of Freedom & Security….. 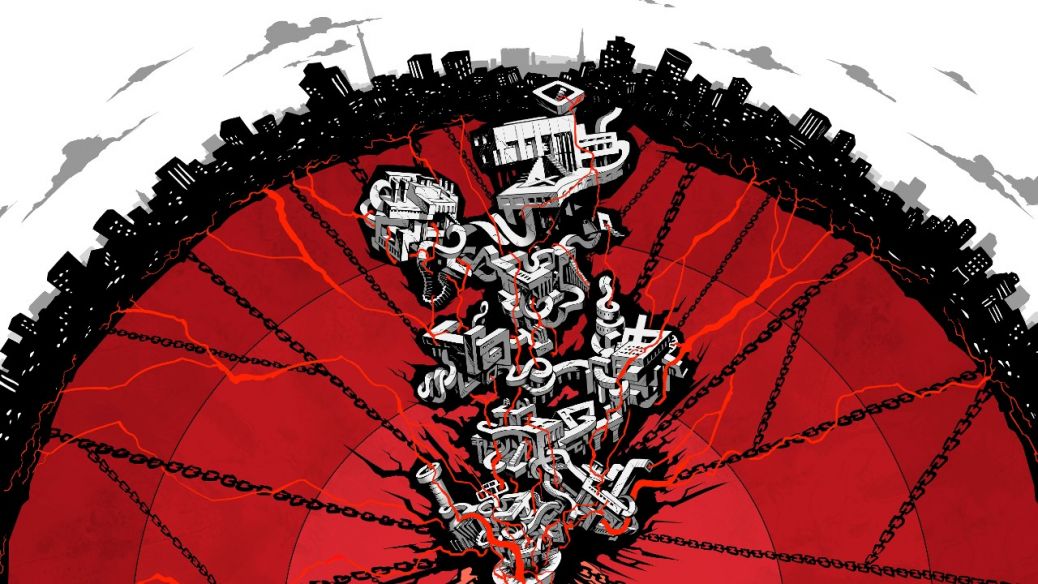 So, with the past couple of months of quarantine, I have been feeling down. Heck, I think everyone is feeling that way. But there’s a certain song (or track) from a game that I’ve played that makes the feeling of sloth become even more stressful. That track…. is called “Freedom And Security”

So, the track “Freedom & Security” is from the game Persona5. A game about changing the hearts of those with distorted thoughts/desires. To put it simply, the plot is about the Phantom Thieves and their leader with code-name “Joker”, they go into the metaverse, which is another world different from the real world. In the metaverse there is something called a “Palace” which is a distorted vision of what someone sees themselves as. So, for example, the first one, who’s a gym teacher at the school, sees the school as a castle. And thinks himself as a King who is above all other humans. The main goal of the Phantom Thieves is to steal the core of their desires, which is their treasure, and steal it. And once they steal it, that person will have a “Change of heart” and confess their crimes. And this goes on throughout the entire game. However, there is a palace for EVERYONE. Which is called “Mementos”. Mementos is where those whose desires aren’t as powerful, are stored. But there is an end to Mementos. Which is where the track “Freedom & Security” plays. These are the “Depths Of Mementos” and it takes place at the end of the game. What’s shocking is that the people who are in the depths, are being held as prisoners. Prisoners who oddly enough, don’t want to leave. I mean, they have LITERAL chains on their legs and for some reason, they don’t want to leave. Why might you ask? Well because they feel safe there. The depths is where they feel comfort and peace. But they also feel hopeless because they want death to take them. One person in a cell says:
“In the long term, your struggles will transform into nourishment. All you need do is endure… No matter how much they beat or kick you… it is all for your own self-benefit in the end… If anything, I should feel thankful… This is exactly what I deserve…”
It’s….hurtful. And what’s scarier, is that the “ruler” of the depths…. are the people. The people are controlling their lives here. There’s just something so depressing and sad about this song. It sounds extremely calming and peaceful, but if you’ve played the games it just makes you feel empty. It feels like the song is speaking out to you, saying, “What’s the point? Why bother?” It perfectly captures the way the citizens feel, trapped in a prison they built themselves. When I first played Persona5 back in 2019, I was still improving with dealing with my depression. The themes presented in this game were one of the main things that made me fall in love with this franchise so much. I related so much with a character like Futaba(one of the teammates), and how she suffered from suicidal thoughts and hallucinations. The wholesomeness found throughout this story would just melt my heart on so many occasions. The themes of believing in oneself and fighting on no matter what really touched my heart. I had never played a Persona game or even a JRPG before this, so I really did think that the “final boss” was the final boss and that was it, that’s why when it clicked in my head that the Depths of Mementos would be the final palace, I felt really unnerved, I knew something very eerie and disturbing would be waiting down there. This is such an underappreciated piece of music with such a strong, heavy connotation to it, I remember when this first started playing is when you go through that huge door, and you see that chasm in front of you with the multitude of ‘veins’ coalescing and descending together that were following downwards from the beginning of Mementos, I don’t know how long I just sat there both freaked out and fascinated, and there couldn’t have been a better made theme to accompany that feeling you get when you first lay eyes upon that place. It felt so freakishly surreal when you realized what this palace represented, speaking to all those people in their cells, and realizing that in your everyday life, you are in fact surrounded by such people. Honestly, that is why I consider this a life-altering game for me, this game can really shake your outlook on society and human civilization as a whole, for the better I would say. For those who actually read all of this, thank you…
Share this
1 like
Related Articles
0 Comments