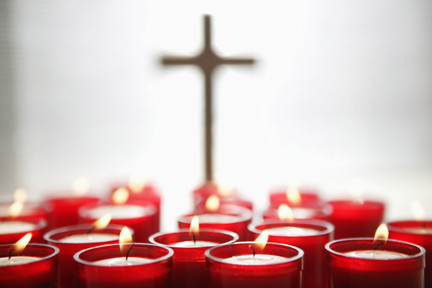 I’ve been feeling conflicted lately about my religion. I want to continue practicing as a witch, but I still harbor Christian feelings, and it’s difficult to harmonize the two religions. What’s the word, syncretize? Something like that. My witchcraft gives me some measure of control over the happenings in my life, which is valuable to me because I feel so little control over my psychosis. But from the Christian point of view, I should be handing the problems over to Jesus and letting him be in control of it. Yet for some reason, when I reach out to Him, it feels like He’s not there. It’s hard to explain.

Today I am leaning towards Christianity. I miss Jesus. I used to have such a close relationship to Him. I don’t know why I can’t find Him anymore, it’s very depressing. I’m convinced that if I could find Him again, He would heal me of all my troubles and I wouldn’t have these mental health issues anymore. So I am calling out to Him, but it feels like He is not there. I can’t feel the presence of the Holy Spirit anymore. I haven’t felt it for fourteen years. That’s a long time. And it’s been getting worse.

That is why I turned to witchcraft. As I said, it gave me a measure of control over my circumstances, because I couldn’t find Jesus to hand over my troubles to. Life without the Holy Spirit is dreary and frightening. I remember how it felt to be held in His hands, it was warm and safe. Now I feel cold and unsafe. Back then, the sun was beautiful and would wake me up gently, and I would say hi to God through the sun. Nowadays, the sun feels intrusive and harsh, and I don’t feel connected to God through it anymore. I live for cloudy days like today, when the sun is not out, and I get some relief from it. I can’t find God anywhere, and I am thirsting for Him like crazy. That is why I have turned to the other gods, or should I say, goddesses. Mother Gaia, Mother Selene. Mother Frigga, Father Odin. I feel the most connected to Mother Gaia, and am constantly praying to her to help me see the world as beautiful again. Because to my eyes it is so ugly.

But if I were to become a Christian again, I would need to ask Jesus to make the world beautiful again, and I can’t find Him. The ugliness of what I see has filled me with such despair, I can’t even begin to tell you. The trees look droopy and scraggly, and the sun doesn’t illuminate things properly. It acts more like a spotlight than the sun. It leaves things in dark shadows. I can’t explain it very well. But I must be the only person who sees the world in this way, because if everyone else saw it this way, it would be in the news- Sun stops illuminating the world, or some such headline. That actually gives me a little hope, because I would be really upset if the sun actually were different somehow. Knowing that it’s just me makes it easier to deal with. But the menace of the orange cones is another matter entirely. I know I’m not the only one who sees those, my husband sees them too. I would be happier if they were a figment of my imagination. But I digress… I miss Jesus. That’s what this boils down to.

I am debating whether or not to cast my banishing spell that I had planned on for today. The goal is to banish all the orange cones out there. Part of me wants to, but a huge part of me doesn’t want to. We shall see how I end up feeling today. It’s almost time for me to do the dishes and make the bed. Those are really the only chores I have, and I have been putting them off. It’s nearly ten o’clock and I haven’t done a thing. The disappearing feeling that I am experiencing makes everything such a chore. Ok, I will go do the dishes now. Wish me luck with my confused self. I need to land somewhere instead of floating between the two religions. I pray that I can find Jesus soon.