i don’t want to wait any longer 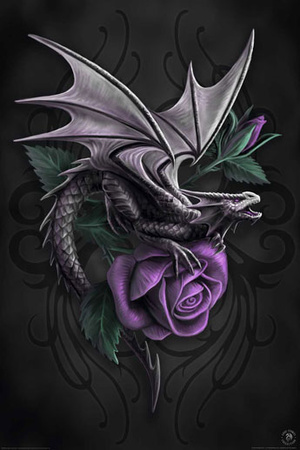 Aight…gonna take another stab at this.  *sigh  i keep having these racing thoughts, and sometimes, i just need to write–no matter what the content–i guess.  So, please keep that in mind, if you’re reading.

i’ve been thinking about/trying to write about this, for a long time now…i just keep shoving it under the rug.  Why?  i mean, it seems like everybody has to put a label on themselves, lately.  Why?  i am me.  That’s all i know.  That’s all i can be.  Right?  i can see the beauty in everyone–well, almost everyone.  Everybody has positives AND negatives–no one is perfect, just like no one is completely, 100% bad.  We’re all human….or, so i’d like to believe.  Anyway, for me, sexuality is somewhat of a touchy subject.  i have a history, and experiences that still dish out different degrees of pain and frustration.  ehhh–it is what it is.  i really, sincerely, have always felt different…..  When i was young, something happened that i have not been able to remember, as of yet.  And, i think whatever happened shaped quite a few things, especially in my earlier life.  When i was in high school, i know i “acted out,” at least somewhat.  i desired to fit in, somewhere, even if it meant fitting into something, somewhere i did not want to be.–if that makes sense.  i wound up, especially after fred did what he did to me, before i turned 16, behaving a bit too…..dangerously?  outspoken?  free-spirited?  for several years, before i was basically forced into some sort of therapy.  No, i initially did not go willingly.  *sigh  And, it didn’t help matters any, that my (ex) spouse and his parents were extremely controlling and domineering, especially after the birth of my daughter.  The very first therapist i saw told me, point blank, that all my problems in my marriage were my fault.  The only positive thing:  i didn’t have to see him but one or two more times, before i could see someone else–which probably saved me, at the time.  After seeing the second therapist for more than a year, my son was born, and the accident happened, a month afterwards.  So, i was in a different “world,” for a bit–trying to find myself and come back to reality, i guess.  i’d found a voice, kinda, and wasn’t shutting up about injustices–at least past injustices, anyway.  It still took me some time to find the strength to leave–although it wasn’t strength, but desperation and fear–almost thirteen years later.  And, due to some of the problems within that marriage/relationship, i wasn’t open to any swinging or …..etc.  Once i left him, i was actually ‘allowed’–in the relationship i moved into, once i left–to experiment and find myself…..  Initially, i found it a bit…odd?  disturbing?  just different, i guess, that instead of judging me and fighting whatever i wanted to try, my partner was open to whatever i suggested, for the most part.  But, instead of doing what he’d promised, especially once we were married, he didn’t hold up his end of the bargain….so, i left–mainly out of fear, the first time; and this final time, because i was/am done with dealing with the games and drama.  (i refuse to be treated like i’ve done something wrong, when i was going on what information he and his family were giving me, so i was actually “held” at the border, the second time i’d tried to enter Canada–due to the fact that i’d stayed too long. i was treated like a prisoner, for almost twelve hours:  searched, cuffed, put in a building that held quite a few individuals from all over the world, and, even had to talk to a doctor before leaving to go back to the airport.   So, yeah, fear drove me to make departure plans, even right after we were married.)  Nine months before i left Canada, the last time, my daughter died of an overdose, so that was actually one of the final straws.  It’s been more than a year, since i’ve spoken to my 2nd (ex), since he threatened me, so until i can afford the annulment or divorce, silence is what i need from him.  i’ve continued with my therapy and appointments, since moving last year, within the state.  According to my therapist, i am making progress, though sometimes, we wind up going backwards–which i guess could be par for the course.  Since i’ve been with Marty, i’ve gained a lot of insight for what my daughter may’ve been thinking, dealing with, doing, etc.  And, i feel like attending support group meetings have helped me, too.  Sometimes, i desire sex….the intimacy and overall action of bonding.  But, i have to admit, sex has not been a huge part of our relationship.  i feel like it’s all a bit one-sided, 90% of the time.  *sigh  Very tiring and frustrating.  i just want to feel like a whole person:  physically, emotionally, mentally.   Is that too much to ask?  Maybe for now it is.  But, i am not getting any younger, and even though a lot of older people can/do enjoy intimacy, etc, i don’t want to wait longer….years down the road, even, before i can feel ‘whole.’