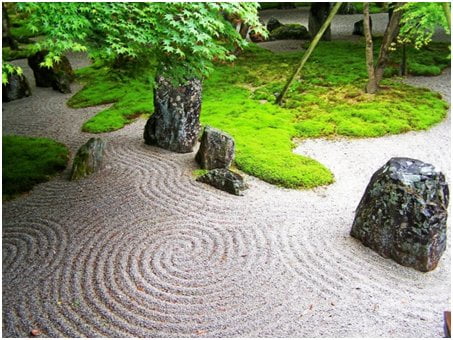 It’s a peaceful, quiet Sunday morning here. My husband and I sat up together in bed with our coffee (I drank some for once, makes me feel like I’m on vacation), and he looked at motorcycles while I did my morning meditation. I use an app called Insight Timer, it allows you to preset meditations with bells/singing bowls, ambient sounds, and a timer, and it keeps track of how much time you’ve meditated in the week. I have a morning meditation and an evening meditation preset on the app, for five minutes each. The app also has music and guided meditations you can play, and music for sleep that lasts one or two hours. I’m listening to the Earth Tone Root Chakra singing bowls right now. It has crickets and a fountain sound, like you’re sitting outside in a garden in the evening.

It was recommended to me by a former therapist of mine. I only had two sessions with him, because he was moving out of state. He had good ideas, I was sad that our time was limited. He was heavily influenced by Buddhism. I think my current therapist leans that way also. I tried Buddhism, but I just couldn’t jive with the idea that all life is suffering. I’ve had way too many good experiences to believe that. But I do like Buddhist meditation, I think they’re really onto something. Every religion has meditation as a component, even Christianity. The rosary is a meditation. I’m drinking my sencha right now, it’s so good. I think I had too much coffee, I’m feeling a bit jittery. I usually only drink one cup, and I had two.

I’m still sitting up in bed. I don’t feel like going into the living room, I spend too much time in there during the week. It’s nice to veg out once in a while. I want to go for a drive today, the weather is perfect for it. It’s overcast, and the hills are covered in fog. I hope it stays like that for a long time today. Usually the sun is out by now, I hope it stays hidden. I just don’t like the sun, it doesn’t look right to me anymore, it’s far too bright. It doesn’t illuminate the world properly anymore, it leaves things in dark shadows. I can’t explain it any other way. I bought a pair of sunglasses, but I really should have paid better attention when I tried them on, because they have an orangish tint to them, and it makes the world look creepy. Never mind, I just went outside and the clouds have broken up, the stupid sun is out. Now I don’t want to go anywhere, I just want to hide. I don’t care if that makes me seem like a vampire, I really hate the sun. It doesn’t look right in the sky, and things don’t look right to my eyes. I can’t stand it. The only time the world looks normal is at night, when I can’t see how terrible the trees look. And the only normal daytime is when it is overcast. I still have to see the ugly trees, but at least the stupid sun isn’t out causing dark shadows to form on everything.

I want to spend today in meditation, or at least in a meditative state. The only thing I have to do today is laundry, and that can be meditative too. How I wish the stupid sun would go away! It just makes everything look so terrible outside, I hate it. I am the only person who seems to see the world in this way; everyone else I have spoken to says the world looks normal to them. It doesn’t look normal to me, not at all! I can’t believe I’m the only one who sees this. I really can’t. When will the world go back to normal? When will things be beautiful again? The bad voice is telling me, “Never!” I am sick and tired of hearing the bad voice, and I am sick and tired of everything looking so awful to my eyes. It looks like everything is disappearing! I was feeling ok just a few minutes ago, and now it feels like everything is disappearing again! I don’t know what to do! This happens to me every darn day, and I’m sick of it! I think the sun being out has a lot to do with it, I was feeling fine until that happened. I usually take my Seroquel at 10am, it’s 10:30 now and I haven’t taken it. If we go somewhere, I will take it before we leave. I’m technically supposed to take it at bedtime, but I’ve been taking it in the morning because it’s the only medication that actually helps me get through the day. The risperidone doesn’t do anything. I am unsure if the Zoloft is helping. I just got started on a higher dose, so we shall see.

I’m listening to the Sacral Chakra singing bowls on Insight Timer now. I’m going to go through each chakra that they have on the app. They don’t have all chakras, just a few that I’ve seen, I don’t think they have the throat chakra on there, or the solar plexus, or the crown chakra. Just the root, the heart, and the third eye. I keep going back and forth about whether or not I believe in the chakras. For today, I do. I remember when I could still feel God’s presence, that when I prayed it felt like I was connecting to Spirit through my third eye. That chakra now feels completely blocked off, it’s like there’s nothing there. It’s a bizarre, untethered feeling. Like I’m floating away into nothingness. It’s not a good feeling at all.