Another night of torture 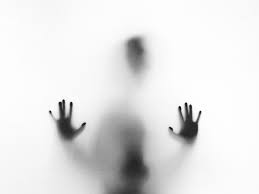 I just wanted to tell you about my night time terrors.

It started happening when I was nine. I felt like  I was having seizures, though I didn’t think I was. I told my mom about it once, but she forgot.

Last year, it got worse. I had finally realized that I had mental health illnesses, and that knowledge was so liberating.

Then they hit me. The hallucinations. That’s what I’d been dealing with all those years ago.

I’d flip a light switch off, and I’d be transported back to a moment in time exactly like this one. Identical to this one. Someone would say something, like they did in my memory. Someone else will reply, echoing what they said in the memory. It’s like I can predict what everyone is going to say. I start to panic. I know this moment has never happened before, that it’s not possible because no moments are identical. But my brain thinks it has.

No matter what I do, I cannot shake the feeling of living a canned life that I’ve already lived before. The only thing that brings me back to reality is memorizing something.

Last school semester, the hallucinations got really bad. I had them several times a day, very unpredictably. Sometimes I started hallucinating while I was watching a movie, like that time in the 3rd Harry Potter where Harry sees Sirius in his dog form, and the street lamps start flickering and the swings swing back and forth. When the light started flickering, I started hallucinating. Afterwards, I’m so so scared, I can’t breathe, It’s like I just had a panic attack, and it’s hard to recover.

Anyway, it was bad. I had a lot of depression at this time as well, and I was just a general mess and hated myself constantly.

A few months ago, I had a Harry Potter movie marathon with my siblings. That night was the worst night of my life. We’d stayed up for 23 hours to finish all of them, and by the end, my brain felt fuzzy and I started seeing things. The shadows wanted to kill me. They kept walking towards me. The alarm clocks were bombs, burning into my brain that I only had a few minutes until I was going to die. I couldn’t breathe. I started sobbing hysterically, and the sobs caught in my throat. My head started hurting as I frantically tried to open my airway to breathe.

It was torture. I finally fell into a panicked sleep, and someone saved me. I think it was God who put him there.

His name is Jonathan, and he’s been in my worst nightmares. He’s cute, and brave, and he loves me. He took care of me that night. I had nightmares that Bellatrix was trying to kill me, and if you’ve seen the HP movies, you know how terrifying she is. But Jonathan was there, and he helped me survive. I woke up crying- partly from how scared I was, but also because I was brought back to reality and couldn’t bring Jonathan with me.

The hallucinations are more bearable these days. But I can’t ever, ever, go to bed past 9 PM, because I will start hallucinating and nothing can convince me that the shadows aren’t trying to kill me. I’m worried about my life. I know I’ll need to stay up in the future. But I can never get a good night of sleep those nights.

Nightmares are my regular. Sometimes I don’t want to sleep because I can’t stand another night of torture. I don’t know what to do, I’ve tried so many things, my brain is still crazy. I just hope that someday it will get better.