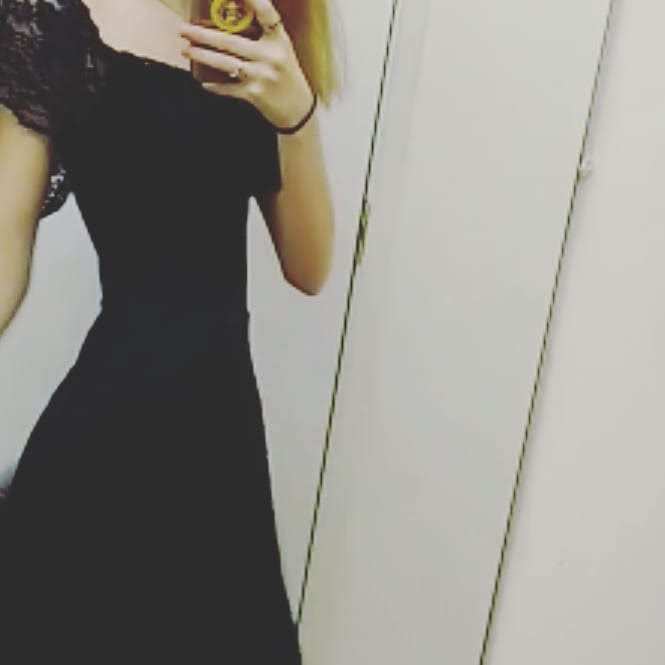 Anybody who knows me knows I’m a pretty small person. Both in height and weight. I have always been small, I was over a month premature; due Dec 10th and born Nov 3rd. I didn’t care or pay much attention to how small I was, so when my peers started obsessing over weight and looks in 6th and 7th grade, so did I. People I knew started to talk about how dissatisfied they were with how they looked. I had never thought I was necessarily pretty as a younger kid, but I had also not cared about how I looked. When others started to stress over their looks, I started to stress about how I looked too. Looking back now, I shouldn’t have cared, but I did, and I still do, it’s now become a mindset that will never go away, no matter how much I try to hush it.

When I was 12, I started slowly eating less as an experiment. I thought I could stop, but then it began to control me. All my friends said I was skinny, and I always disagreed, I thought they were lying to make me feel better. One day, I looked in the mirror even longer than usual, all their comments swirling in my head, fighting against my own thoughts. It didn’t add up, how could they see something so tiny when I saw something so big? I remember googling it because my 12 year old self was ignorant, and quickly saw something. Body Dysmorphic Disorder. It all clicked, it all connected, it all made sense. It was clear I didn’t have control anymore. I never dared to tell anyone, I was scared of what they would say or do. I thought they’d accuse me of doing it for attention, so I kept it to myself.
I remember this almost different person thinking for me. I remember the thoughts, those dark and negative thoughts that blocked out anything even remotely positive. It would tell me to trust It, that It could help me. I should have known that It was dangerous, but It said to have faith in it. It told me to just be empty. I chose to listen. What could it hurt to try? At first it was working, but then things were emerging. I was hungry with no appetite. I was shivering and shaking and It told me that I was fine, but you can’t fool your body, you can only fool your mind.

‘Just fill up on water and shame,’ It told me, so I did without thinking twice.

“No, I’m not hungry, I just ate,” I would tell people.
I developed a taste for the neverending ache. It convinced me I was in control, that It would leave if I wanted. I believed It. Everything It said had to be right, or at least that’s what I told myself day after day, night after night. I was so entranced by It. I wanted nothing more than for It to tell me that I was doing good, that It was proud of me, that I wasn’t visually disappointing. I never got that, but I was so focused on achieving Its praise, that I never noticed how things were changing, and not for the better.

When you don’t have any nutrition or protein and vitamins it can merge your days and make it hard to focus or stay awake because your body starts to shut itself down, and after a while, you get used to the hunger and you barely even notice it anymore. Looking back now, I don’t know what things happened on seperate or same days, it was as if all of 7th grade was one singular day. I couldn’t remember what I had done even just hours prior many days. I had gotten used to feeling hungry, heck, I dare say I even liked the feeling. I stopped eating breakfast in the mornings, ate as little at lunch as possible, even eating extremely slowly to give reason as to why I never had much for lunch, but I could never in a million years get away with not eating dinner. We always had, and still have, family dinners. So instead I would eat everything on my plate and then work it off by giving 200% at my dance classes without breaks. Although the teachers would give us 5 minute breaks during class, I would continue to practice our dance, stretches, or just practice different moves. It was unhealthy, but I didn’t care. I had to be picture perfect.

One specific day, one that I can actually pick out as a separate day from all the others, I remember, vividly, how obsessed I was with this lifestyle, this addiction. I had walked down the hallway to go to my locker before getting on the bus, this happened to be right after Mrs Chisek yelled at our 7th hour for bringing backpacks to class. I had eaten nothing but bosco sticks and a fruit snack all day. My stomach was aching, begging, for food, but I had become so accustomed to that sharp dagger-like pain that I easily ignored it. I got to my locker and one of my locker buddies (His locker was to the right of mine, the other “locker buddy” wasn’t at school that day) was just shutting his locker.
“Yo, _________, can I borrow a pencil real quick?” he asked. I quietly nodded and handed him the pencil in my shaky hand. I don’t remember what he needed it for, but I do remember him handing it back and asking if I was ok.

“You good? You look really pale.” I don’t know what I said or what I did after, the next thing I remember is getting home and passing out on the couch. I woke up later to find out that I slept for so long that I couldn’t go to dance class that day. I was devastated. I wanted to go. I needed to go. I faked being sick and sent myself to my room. Nobody had questioned it. I look back now, realizing how good I was at hiding things. It’s scary, actually, how easily I could hide crap like that.

I don’t remember anything after that but being so obsessed with It that I eventually needed, desperately, help. Like. D E S P E R A T E L Y. It was getting to the point where I had barely enough strength to pull myself out of bed in the mornings. So I did. I got help. I had come across a youtuber, Elle Tayla. At first I was just watching random videos, as most people do, when her video came up on autoplay. She talked about her struggle with anorexia and how she got help and got healthy again. She talked about her own It, and that’s when I realized I needed to stop. I needed It to leave, but I knew from Elle’s story that it wouldn’t be that easy. After watching her video, with tears streaming down my face, It screaming at me, I turned to the internet for help.

I ended up getting on online counselor and gained healthy weight. I finally had strength to do normal things, I had energy to stay awake throughout the day, and I could tell my days apart once again. I was finally getting back to a normal lifestyle. Of course, due to naturally high metabolism, I’m still generally small, but this time, healthy. Even my pediatrician says that I have always been and always will be below the growth curve in terms of average height and weight, but still following the same patterns as the curve. He is not worried about my weight as long as I continue on the path I am right now and still eat healthily. And all because of one singular youtube video posted in May of 2015, I am.