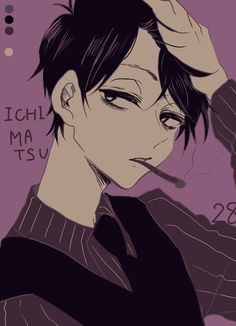 Hahaha, so I haven’t posted in a while- sorry I’ve been busy with school and other things- but this blog is going to be about my love for good horror stories. I remember when I was younger, I used to hate horror stories and anything that had to do with them. But yet they still intrigued me, I kept coming back for more and more, this slightly became an addiction since the fear gave me an adrenaline rush (but still gave me the heebie-jeebies). Whenever I saw, read, or heard anything spooky I’d freak and cry- or I’d just have a weird anxiety attack and won’t leave a friend or family member’s side for 4 months. My parents told me not to entertain myself with all the supernatural stories and beings or else I’d be a paranoid wreck, but me being an idiot stepped over the line and now I’m a horror junkie. I slowly waded my way into the supernatural and occult things, stopping from time to time so I could calm myself and get adjusted to the horror.

It started out with small little kid movies and stories about monsters and ghosts, I was amazed but scared (yes because 5 year olds are scared of the nonexistent monster under the bed), I watched “kid friendly” Tim Burton movies- that genre (goth, horror, steampunk, etc) has shaped my personality and style today- First it was The Nightmare Before Christmas, then The Corpse Bride, Charlie and The Chocolate Factory(but that wasn’t that scary), Coraline, and Edward Scissor Hands (now THAT gave me goosebumps). All of those besides Edward weren’t that scary to me but interesting, but Edward? Oh now that was a different story, an emo looking dude with scissors as hands and would accidentally cut anything he’d touch, that made me uneasy but I wanted more. I found it interesting… Until it got to some gory parts, I stopped there but came back again and again until I could get over the uneasy feeling of seeing blood on TV.

As I grew older, I started reading some books that involved ghosts and all that. They weren’t that scary but they did give me that uneasy feeling, I continued reading and reading until I found a website of urban legends and horror stories. Creepypasta. Yes I know some of you out there will think, “Oh no you’re a mental psychopath!” or something like that, no. Creepypasta isn’t bad (besides the grammar and the plot of some of them) it’s the people who read them and what they do afterwards. I was intrigued by this site yet afraid since it had a VERY dark and eerie background, me being the kid who didn’t have time to read (or was slow and distracted) listened to some stories online. I’ve been ‘normal’, not violent and all that. No intent to kill or harm.

Most people today believe that horror stories, heavy metal/rock music and violent video games make humans violent. I believe that false, since there are a lot of other reasonable factors that could cause violent and erratic behaviors. Give help don’t just shrug off some signs as just ‘petty complaints’ and do something about weapons and who should be allowed to own them and which weapon is alright for a normal human (citizens and law officials) to use. (like a normal pistol that won’t exactly kill you but injure you) No rifles (unless for hunting) nothing that the military uses or all that.

The ‘monsters’ we all tell our children about, oh they’re real alright believe me. The monsters are people, they’re not the dustbunnies under our beds but those around us. People hurt each other, use each other and lie.