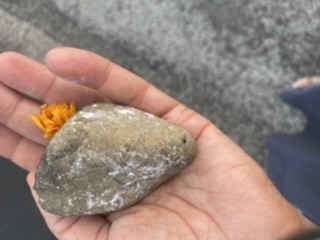 First, went somewhere and a man kept staring at me.  I saw him again and noticed he was staring at me up and down.   He was with a woman.    I finally spoke to him thinking maybe I look like a high school prom date or something the 4th time it happened.  We were in the same area and his wife looked away and he did it again.    I said something like, “Maybe you think you know me.  I am from (blank) state.   Does that help you remember where you might know me from “ He freaked out as his wife glared at him and acted as if I was out of line for helping him to remember something possibly.  He told other people why is she even speaking to me? Maybe I got him in trouble or something with his wife.  He stopped from staring at me!    It was odd  how he kept staring at me when his wife wasn’t looking!

Then, when I arrived home a male neighbors female life partner approached me and told me her male person wanted to have – – – with me.    She said she gave him her permission and it was okay with her.

I walked away in shock.   Then, next door neighbor who (and his wife) peeks and stares at me all the time, came over and accused me of being mean to that woman who decided I was going to have – – – with her life partner.

I have seen the next door neighbors stare into our property and openly at us in a creepy way!

He accused my husband of spying and taking pictures of them and that the neighbor across the street saw this happen? I guess he wanted revenge because I said no to his advances.

His wife yelled at me one day for wearing bras! She ranted that it was stupid and wrong.   What? Maybe I don’t want to look like her…… poor example can lead to knowing that I am doing it right for me!!!!

We are quiet, classy and peaceful neighbors.  Wr live in a low crime country neighborhood with land and plenty of space between properties.
We are ignoring these people  and documenting everything that happens with these “special” people.   I am being kind saying “special”….