Almost dead from acute OCD, back to life! How I recovered so much and am continuing to do well, a God given way out. 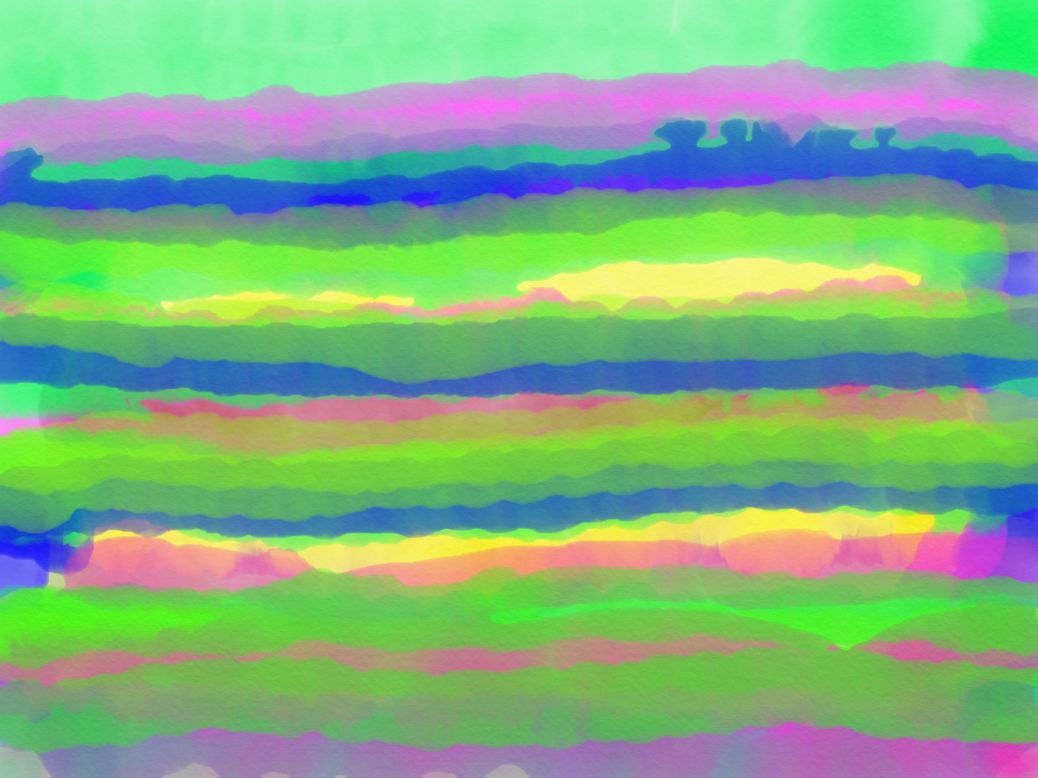 A bit about me and how I have got a lot better, praise God!

A list of OCD Killing by Faith Building Power Thoughts, that I pray and hope will be of use to you if you are where I was

Not one investigation of a “sure feeling threat” ever proved valid.  Hours upon hours of checking and destroying myself and there was never once a valid threat that verified one single check, or that validated the ABSOLUTE fear and sureness that there was indeed a threat.

So the lesson so well learnt is do the exposure first, and deal with whatever anxiety is left after the exposure.

It’s not going to give me as much produced anxiety as staying and rechecking, and your going to have to deal with it sooner or later so why add hours and minutes of stress to the exposure?

The lesson well learnt is that what you think you are going to have to deal with is not what you get, if you have severe ocd like me it probably feels like the very first astronauts felt as they stepped into the rocket for the first time in their lives, leaving all visible security behind.  This is why I avoided even trying, as the fear would just gather in my belly.  The relief, the euphoria, the absolute surprise of walking away from the compulsion and feeling so much less anxiety than before you did is nothing short of miraculous to me. I literally could not stop grinning when I lay in my bedroom, baffled that I could do it and not return, and now “away from” the compulsion could see and understand what it was so much better, ie OCD not a real threat.

I wrote a card on a bright piece of post card size plain card and stuck it where I may get stuck in my kitchen / lounge.

“The relief you are seeking is waiting for you when you walk away.  What you think you are going to get you don’t get, walk away x

If you were to prove a reaction in a laboratory, ie mix this with that, and hey presto you get “THIS”.

You would only have to conduct the experiment and prove the reaction / result maybe 10 or 20 times, and the result found would then be documented as “Proven Fact”.   IE you do this, you get that.

What you might not realize is that through all your years of checking you have the answer to your problem!

I worked out that I must have checked the Hob oven nobs were off at least half a million times in the last 10 years.

That’s 500000 times I had done something in an experiment – my OCD experiment.

What did I prove from these over 500000 times of checking the hob?

I learned that never once, NEVER ONCE, after checking they were off ONCE, was the result EVER any different when I checked the 2nd time.

I let this knowledge sink in…

These facts were staring me in the face all the time and I had never noticed. And  I had proved something half a million times more than I needed to!!

I could rest assured that if I had checked it once, or twice as a maximum, it was not ever going to be “on” after that.

It never hd been and never would be.

What else had I proven in my OCD experiment?

I had proven 500000 times that if I checked more than once, or twice (a double check) as a maximum.

I could never become certain or sure and would get stuck in a loop.

I had proved this half a million times over a 10 year period.

SO, the conclusion to my ridiculously over done experiment is that to be as sure as I can be, and to be totally safe and rest assured, I only need to check once, or twice max.

The result will never change.

And I will become completely stuck and unsure if I continue check more than once or certainly twice.

I let this new knowledge sink in.

I have proved half a million times that if I check once, and certainly twice, that the result is never different and so I need not check again.

I have also proved that if I check more than once or twice I can not be sure of the result and become unsure and stuck.

So the safest way is to check once or twice.

I then stuck this on the cupboard in the kitchen by the cooker and read it every time before checking, letting the knowledge sink in again.

This gave me the power to just check once, twice max.  I have been doing this for 6 months now.

It works if I do it and read it, or say it out loud to myself before checking!

Breaking it down, before I could do some of my bigger exposures, the process that led up to doing them grew from a small seed of Faith.  I decided and accepted at the time that although I could not stop my constant OCD that at the time was literally in EVERYTHING that I did day and night, what I could try and do, was try to stop – just for a few minutes!!!

One awful very desperate evening after 2 or 3 years of acute extreme ocd that had all but taken my life away, the way I did this was to say to God – “God I give my life to YOU, not my OCD for the next 5 minutes”

I didn’t take this step lightly, I thought about what it meant to give my life to God for these 5 minutes, in the hope that if I truly trusted God, and surrendered my life to Him in an all encompassing way – making a true effort to focus on Him, rather than my OCD, He might help me.  I was broken, at rock bottom, and  ad nowhere left to turn and was truly and utterly powerless at this point.  Nothing had consistently helped, and ocd had me.

I thought before doing this 5 minute exposure that if I was truly going to give my life to God, and not my OCD for the next 5 minutes there could be no 50/50 here.

I had to ignore ALL my OCD no matter how bad and what it was, and trust and respect that I was giving this time to God. And for me this included my scrupulosity which was the very hardest area of my OCD to resist in case I should offend God by not doing a compulsion or not doing something “right”.

The five minutes began and as any OCD came into my mind anything at all including scrupulosity! I did not do it – at all!!  Even with my scrupulosity I trusted that it was not to be entertained and that I was honoring God with my time and not my ocd, and that He would forgive any mistakes – not that I really believed my scrupulosity was God’s will and not just more lying ocd fears.

The thoughts threats and fears came and went as I refused to respond to them,, keeping my eyes on my time being dedicated to God not my ocd, and honoring HIM with this time not the OCD.

It felt amazing in that it worked.   Wow, finally a window had been opened in my ocd riddled brain.

I then increased it a further 20 or 30 minutes during the time to get ready for bed.  And my checking that usually takes an hour or much more of faffing and rechecking often to the point of very extreme exhaustion and acute OCD, took only 20 minutes to get to bed!!!  A miracle!!

An absolute acceptance of my powerlessness was needed, this led to what I know now was a complete surrender and offering of myself and my ocd to God.

I kept doing this, although the first time I tried to repeat it the very next day I tried immediately to give God half an hour without too much thought about what I was doing and it didn’t work.  I needed the intensity of the initial few minutes to focus my mind on Him, this could then be extended.

I also had to think about my powerlessness again, recognising that the solution came from Him, and so needed to go to Him

in awe, respectfully surrender my life, my time and the OCD to Him, and ask that He may help me again.

Once I repeated this spiritually healthy process with the same respect and fully accepted need and desire of God as I had the first time that I tried it, it worked again.  I see the first 5 minutes as a very small wave that begins with you and God far out at sea, then as the 5 minutes elapse with God’s help the wave grows bigger, and can then be added to, increasing the momentum and size of the wave ( your exposure ) and so the period of recovery.

So I needed to start with a small period of time for this 100% exposure (Freedom) freedom is a better word for an exposure, and build on it.  As with all things created if given to God He will sustain and grow it if it’s good and produces fruit.   But a big recovery from ocd like most things does not just appear, like an acorn it needs to grow.  Surrender Your OCD to God and give God the next 5 minutes of your life, instead of to your ocd, and I believe He will help you grow the time period of freedom.  I must remember this and keep applying it as my faith and surrender of my recovery process to God is what has saved me.

God lovingly made me and knows how to make me well if I truly surrender my life and problems to Him.  He has shown me that He is willing to accept my time devoted to Him instead of my OCD.  And that if I do this sincerely ignoring every single thought and compulsion during that time knowing that I’m giving my life to Him not my ocd He will help me heal.

My faith in God and and trusting He will help me if I surrender my efforts to Him and really try, and that He wants me to get well so I can help others, and be helped and encouraged by others myself, has remained the central belief through all my efforts to freedom,

and I’m starting to experience this as the truth as my OCD improves dramatically in bits and pieces and I’m being led to help others and form a local fellowship meeting of Obsessive Compulsive Anonymous (OCA) in my local town in the UK! I think there is an OCA fellowship and meetings in the States too!

I hope this helps, I feel God has shown me a way out so that I could help others, happy to chat,