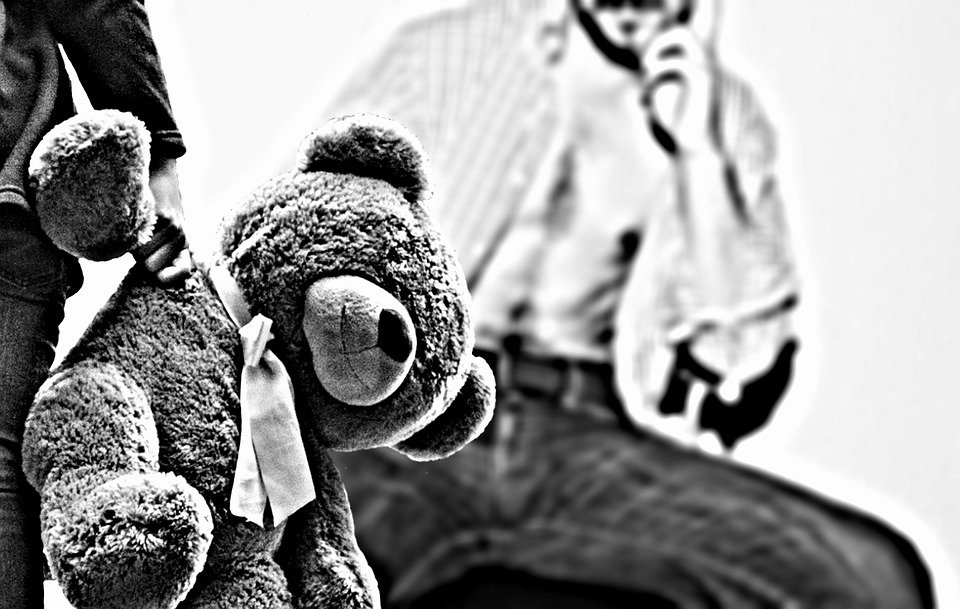 People who experience childhood abuse are often told as adults that they should “get over it”, and “it’s in the past.” Today, I realized why this attitude is so faulty. I’ll give some background on myself before explaining the faulty logic.

I was sexually abused as a child, for a long time. It started before I even have real memories, and didn’t end until I finally told someone (without even realizing the gravity of the situation) when I was 13. The perpetrator was a close male relative. On top of the sexual abuse, my siblings (mostly my older sibling) and I were also physically abused. We were beaten for mild transgressions, slapped, and my sibling on one occasion had a plastic plate broken over their head. For me personally, nothing I did was ever good enough, and I basically existed solely to serve the needs of the household. I was to do what I was told with no question, whether it was rubbing the feet of my female guardian/family member, fetching tea for whichever adult commanded it, or satisfying the sexual desires of the male family member who was abusing me. Getting less than an A in any class in school was grounds for a “spanking” (re: beating), and “I don’t know” was not a valid answer for anything, even if that was the actual response, and I really did not know.

I became a pathological liar as a child, and remained so for a long time, because lying was the only chance I had of not being punished. Sure, I’d frequently be found out, because most children are abysmal liars, but if I told the truth, it was usually a guaranteed beating, so I took the chance of lying. I also had kleptomaniac tendencies for a long time. I’m not 100% sure what that was about.

Our bedroom had two bunk beds, which should have been more than enough for three children, but my female guardian kept a lot of her belongings in our bedroom, so a lot of our belongings ended up on the beds. This meant that I very rarely got to sleep on a bed. I would usually sleep on the couch in the living room, or in a small space between the wall and the bed in my female guardian’s room. Whenever I was sent into her room during the day to fetch something, or put something away, I would usually steal moments of comfort just lying on the bed. I couldn’t take too long though, or I would get into trouble.

Naturally, as a result of the various expectations and abuse, I developed a very people-pleasing personality. I became terrified of upsetting anyone for any reason, and developed the idea that I was worth very little (if anything) beyond what I could give to other people to please them.

My siblings and I were fortunate enough to escape this as adolescents. I can only imagine that things would have gotten worse if we had stayed with that family. The way that we had been raised, however, continued to have lasting effects on our lives. I began doing poorly in school, because I had never been taught how to hold myself accountable; I was accountable to the belt/switch/spoon/whatever that would pepper my backside if I didn’t do my homework. I was motivated by punishment, not by any sense of doing the right thing.

I became sexually promiscuous. Remember, I had been sexually abused since before I could even remember; no one sat me down to explain to me why the abuse that I had been through was bad, they just said that it was. I thought that I was worth pretty much nothing beyond how I could satisfy the needs and desires of others, including men. No one took the time to correct that notion, or teach me any different.

Ever since I escaped the abuse, I have spent my entire life living with the result of it. I have hated myself; I have been sexually promiscuous (including cheating on multiple partners); I have been unable to motivate myself to do anything that wasn’t for the benefit of someone else, because in my most important years, I was taught that I did not matter.

Now remember that I started this post by mentioning the “get over it; it’s in the past” sentiment that is a popular line to throw at people who went through childhood abuse of any kind. To those who think like that, I’d like to know: when did you learn how to write? to do math? to speak, and read? to make friends, and interact with other people? When did you learn the difference between right and wrong?

Now imagine that you finally get out into the world, and people take advantage of the fact that you believe that 3 equals 5. Employers pay you $3, because you believe that you’re making $5. Lenders give you $30, knowing that you believe they’re giving you $50. At this point, no one has explained to you that 3 does not equal 5, so why did you ever have reason to stop believing it?

But then you realize that things are not adding up. You’re unable to pay bills, and you realize that your employer has been shorting you. All around you, you see signs that 3 may not actually equal 5. Now imagine that you have this epiphany, so you go to someone you trust. A parent, a friend, a coworker. And you express to them that you think you may have a problem, because you believe this thing that you are becoming more and more certain is not true. You explain to them that you were taught and conditioned to believe that 3 equals 5. And now you realize that 3 does not in fact equal 5, but you’re having a hard time breaking your mindset and adjusting to the fact that 3 actually equals 3. Now; imagine, that instead of being supportive and helping you out; instead of giving you perhaps some tricks that might help you to remember that 3 equals 3; instead of doing that, this trusted person rolls their eyes and says “Of course 3 equals 3. Everyone knows that. I understand that you were taught something different, but you’re in the real world now, and you really need to just get over it.”

Doesn’t work, does it?

Childhood abuse often happens during the most valuable stage in a child’s development. The stage when they are most malleable, most susceptible to the teachings of the adults in their lives. The longer the abuse goes on, and the earlier it starts, the more ingrained in a child’s head those beliefs become. And the real world is cruel. It takes advantage of those beliefs, leading that child to become an adult who ends up making poor decisions based on the things that they were taught.

The saddest part is that some people never leave that stage of being taken advantage of. They never realize that the things that they were taught are wrong, and reprehensible. For those of us who do make it out of that stage, it’s hard. We have to not only work out what we were taught that is wrong, but now we also have to deal with the shame of having made so many bad decisions before we even got to this point. And now we have to break the muscle memory, and completely rewire our brains, and that is exhausting. It takes so much mental and emotional effort just to make it through the day, and making mistakes when you’re tired is one of the universal truths of being human; something that I don’t think I know a single person who doesn’t relate to that.

Childhood abuse follows you through the rest of your life. You don’t have to let it control your life, but understanding where you came from, and how it affected your life and your decisions up until the point where you realized that there was a problem, that is incredibly important. You can’t fix an issue if you don’t know what the actual issue is, and working with broken tools (like a mind molded from abuse) is a legitimate excuse for not always being on top of things. You can’t break a hammer, and then tell the person with a nail that needs driving that “the hammer breaking happened yesterday; you need to let go and move on, and just drive that nail.” Okay, but a hammer is kinda crucial to driving the nail, so…