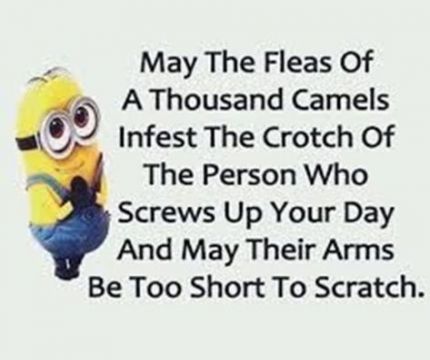 Maybe i misread cues?  In the end, my perception is important, especially in my world.  One misunderstood comment can do a LOT of damage.  Just like a misconception could actually do the opposite, and make someone feel exceedingly good, when whatever you’ve said wasn’t meant positively.  *sigh  Bottom line:  since i evidently have a bit of a communication issue at times, perception does become skewed.  Clarity IS important.  Instead of constantly feeling like i’m screwed, since people don’t understand what i mean when i say this or that, i guess i need to work a bit more on healthy verbal skills?  —Again, why?  Why should i be the only one working on my issues?  Shouldn’t other people try to improve themselves?  i mean, if i were to do what i would really prefer to have done, a LONG time ago, i wouldn’t be typing this, at this time.  *sigh  i know…that’s not healthy, either…..ah duh!  i just feel so frustrated!!!  i tell you what i need–even try to make things easier so you can have more energy? time? whatever–to do it, and yet, well…….  It’s all about YOUUUUUUUUUUUUUUUUUUUUUUUUUU!  WTF?  How is that a relationship?  It should be WEEEEEEEEEEEEEEEEEEEEEEEEEEEEEEEEE!!!!!!!  or USSSSSSSSSSSSSSSSSSSSSSSSSSSS!  GEEZ!  i know i’m never gonna have everything my way.  That’s why i don’t expect much out of people–anymore, anyway.  Don’t continue to tell me you love me, and you won’t even do your part–or even near your part–in our relationship.  No, i’m not just talking about finances, since i know you’re trying, kinda, especially now that we’ve been behind on bills for a couple months.  You make snide comments about my sitting on the couch.  Ummm…hello!  i don’t sit on the couch all day—i get up to help you get ready for work, on the days you do work; i make your breakfast almost every single day, and clean up the mess; i do all the laundry, which entails walking over to do it, and then coming back and putting it away; if something’s dirty or out of place in the apartment, i have to be the one who fixes it, generally; and, when it comes to intimacy, you never even have to ask for some attention!!!!!!!!!!  i’ve flat out told you–explained how you don’t have to put your back out to please me–and yet, it’s been months since anything has happened for me, besides hugging or kissing.  Big whoop.  No, i shouldn’t say that–i do enjoy that sorta intimacy, as well.  But, at the same time, i would enjoy an orgasm once in a while, without having to do THAT for myself, too!  The only concerns you seem to have right now:  work, when you’re scheduled; go to the pool when you want; check the mail and empty the garbage every couple of days; go for runs almost daily, as well as walking several miles; laying in the bed watching tv and messing with facebook on your phone; eating.  Wonder why i get so stressed?  It’s not just the finances, either.  i feel like i’m being taken advantage of, because i’m allowing it to happen.  —another cycle of defeat—i also feel like my feelings mean virtually nothing, especially since you’re always talking about other females’ bodies and even talking about sex in past relationships.  Am i just a gluten for punishment?  Am i just misunderstanding the context of the conversations?  Am i being too hard on him?  i wish i had something to go on.  i also wish my body would cooperate a bit more, so perhaps the pain would lessen some and i could maybe have a lil less issue with longer walks or whatever….  i keep trying to fight the urges to do more damage to my body.  At the same time, i’ve continued on with certain behaviors, even though i feel like i’m on both sides of the spectrum, now, as far as food’s concerned….and i know that’s in NO WAY healthy.  i get it.  i just can’t get my body to cooperate with my desires.  Maybe i am screwed.