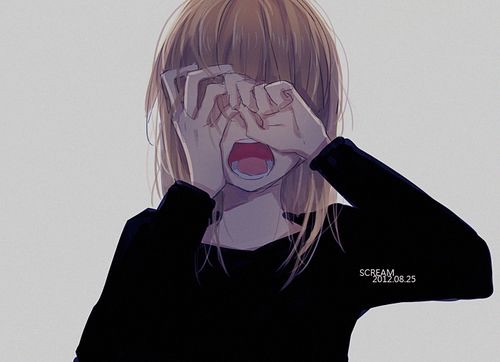 So I found out that the therapist I’ve been planning to return to this whole time had a change of events in her life that led her to move to Tennessee. I found out during hurricane Matthew and, I swear, it felt more like THAT was the real hurricane, hitting me, than the actual weather thing. I cried so hard and couldn’t stop until I just did. I’ve known this therapist since I was 19, at an IOP and a few years later, she became my individual therapist. She taught me SO much. I sent her a letter asking for a closure conversation, along with access to my files, so I can tie up some lose ends of the stuff we were working on, continue the rest on my own and just, professionally, close that chapter of my life. I know the greatest way to honor her is to keep living the lessons she gave me. I just don’t know who I’m going to be able to trust, now, with renewing contact with my father and also know My System.

Change of plans, then, I guess! I have to find somebody who is competent in trauma and dissociation, somebody hopefully from the ISST who can understand what’s going on inside me when your parts develop or something new happens to the older ones. Like, for example, I feel like one of my young ones offshooted into an older version of herself and I don’t know if it’s the same part… it feels like the same part but it’s different, I guess, because she grew up. I’m not sure exactly what’s going on there. I just know there’s some internal stuff that I don’t feel I can’t ask the current therapist about because she’s not gonna know what to say. She’s admitted that it’s not an area of her expertise so, I can’t wait to have someone who gets my language and my structure, just like the past therapist did. Hopefully I can find someone as good as my old traumatologist but we’ll see.

The other thing is that, by her moving, the one thing that had me tethered to this place, where I live, evaporated. I literally did not choose to move from West Palm Beach because of the hope of seeing her again and continuing our work. That’s no longer an option so, I don’t know… It’s kind of liberating but sad at the same time. Let’s see what happens. If anybody has suggestions on finding a good therapist that believes in DID & DDNOS, feel free to share any tips! I’m going to try see if I can find someone through psychologytoday.com, that fits my insurance. Also, I really want to start somatic therapy because I feel like it’s the last step needed in my healing process. I’ve done enough of the brain work and opened the emotional door enough to be ready to do the body stuff so I figure that’s the next reasonable step. Wish me luck! Hope you guys are having a good day and hope that everybody that went through hurricane Matthew is safe and not suffering.

Until next time sincerely,

P.S. Nothing major seemed to happen, in the area I live. Still have power, even. Only flickered in and out, through the whole thing. There were some rough winds but, other than that, nothing too alarming. I’m so sorry for those people who didn’t get to have such luck. I also hope people pay attention to Haiti and their losses. Cuba too. They really had to go through hell and back.