My addiction, and motherhood…. what not to do….. 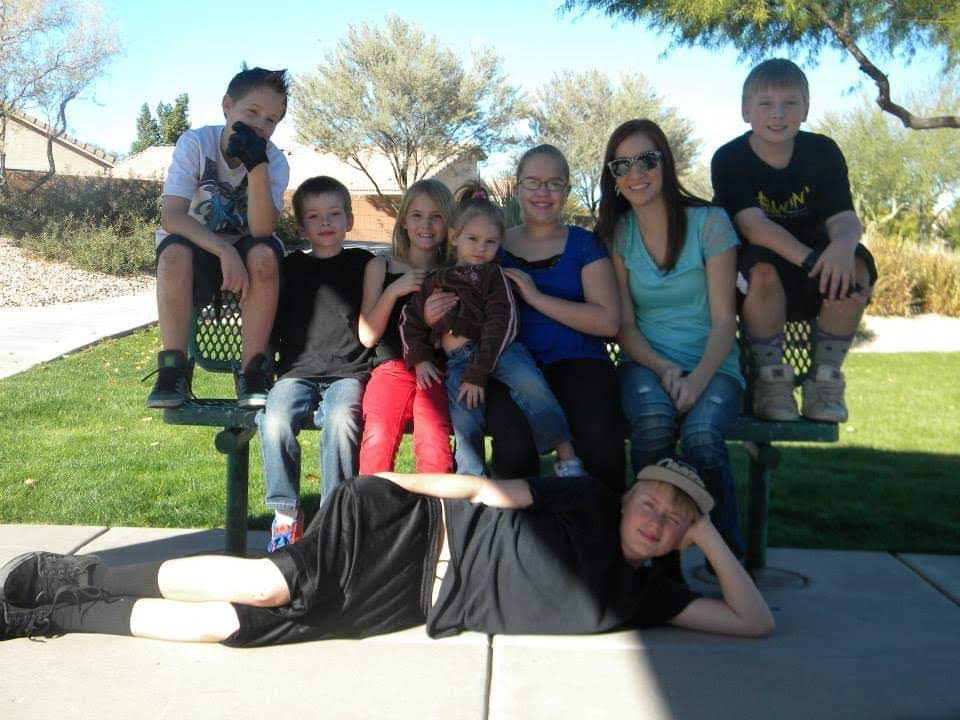 I always thought I would write my stories when I was in my golden years, kids all grown and having kids of their own… I would write my little anecdotes about the crazy life of a mom with so many kids she didn’t know what to do. Never, never, did I believe that I would end up 45 years old with only 2 of my kids ( the kids still teen, and early 20’s ) still talking to me. Never, never, did I believe that I would be writing my anecdotes from the perspective of an Addict. Yet, here I am.

I guess I am giving an intro for the future stories I have…( no, I need ) to share. I say need because I can’t keep all these words inside my head anymore. There is pain, that needs to be purged. There is knowledge that needs to be shared. So I hope that once I start to share what my life once was, what it became once I became an addict, what it was like during my active addiction, and now that Recovery is daily treatment for the disease I will have to deal with the rest of my life.

No one’s dream is to become an addict, just like its no ones dream to have cancer or any other illness, condition, disease that harms your life. I, infact had a very strong hate for drugs. Watching my moms choices with drugs taught me that they brought nothing good. Both parents were alcoholics, and smoked cigarettes, my mom used speed and weed….. So I never really drank alcohol,  I’ve never smoked cigarettes, occasionally in high-school and my 20’s I smoked pot, tripped on acid and shroooms, and only tried speed rarely. So I didn’t believe I had the ” addictive personality ” that generally qualifies you to be an addict. Until, I went thru several life changing traumatic events in a very short time in 2005. I was over weight, I had to have a hysterectomy due to cancerous cells on my cervix, that spread during my last pregnancy, my biological father died 3 days before my daughter was born, my 1st marriage was in shambles…. Someone I trusted took me out to a party one night and I found Methamphetamine.

Looking back, I have no idea what the hell I was thinking, or even if I was using my brain. Because I don’t remember consciously making a decision to flush my life down the sitter. But that is what I did. In Epic fashion.

I wasn’t in active addiction the entire16 years between 2005-2021. In Jan of 2009, me, my boyfriend, and my best friend picked a random day in February to start living clean. And for the most part we stuck to it. For 7 years the meth lifestyle was mostly in the past. That changed in 2016. Going cold turkey does not prepare you for the triggers that trauma, loss, and disasters bring to lite. Going cold turkey does not teach you coping skills to help you through the rough patches and triggers. Cold turkey simply means you step away from everything associated with your addict life style. Places, people, events, anything you could associate with your drug of choice. Its like witness protection, except you don’t get a new name. Even that doesn’t prevent the ghosts from popping up from time to time. You never realize how small your town is until you spend most of your time out in public avoiding people from your drug past.

So, you stopped using, for now, but because using was your coping skill… guess what? Thats right, when life gets hard…. you only have one solution to cope…. Your drug of choice.

So 2016, was a year for trials and tribulations, that I had not in anyway prepared for. Dont get me wrong, it wasn’t all bad. I married my boyfriend of 10 years, and was in the process of adopting a child together. So when the troubles began,I just wasn’t prepared to get thru them in a healthy way.  No knowledge of what addiction really is, no idea how to process thru all the turmoil, no tools in my tool belt to help me work thru my emotional upheaval, anxiety, and anger. Just the one thing that I knew numbed the emotions, and made it so I didn’t have to feel.

2018, my husband and I were both using, both making very selfish and destructive personal choices, riding a Rollercoaster with a break in the track at full speed. Until he was arrested. Until he was facing at least 10 years in prison from several felony drug related charges. April 12th was the day he had his wake up call. The week that followed was nothing short of a nightmare. It all imploded on the night of the 18th. With me being beat up, and then committed to a 72 hr hold in a psych ward by my husband.  An event he still to this day says he does not remember. With little luck and hard work he was able to avoid prison, add only 1 felony paraphernalia charge to his record, with probation being his new parent. He hasn’t used since April 18th, 2018. He took a hard look at his situation and knew he had gotten very lucky, and he never wanted to be in a position to go thru any of that again. He started a program thru his probation officer, and he went all in. Like his life depended on it. And for him, I guess it did.

Anyway… let this be the summary for the stories that I will share from these last 16 years of my life.

I’m here, writing this so you know that there won’t be a dark and sad ending…  and that Recovery is my current status in my terminal diagnosis of Addiction.

* I’m not writing as someone who wants to be published. I write as if I am speaking face to face. So Grammer, punctuation, spelling, and basic writing rules are out the window. I hope you don’t mind.