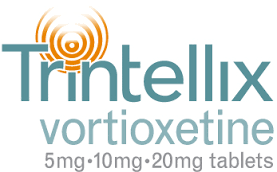 New medication started just over a week ago, I am on 10mg of Trintellix, a trial, for now, this medication has been on the market about just over a year I haven’t seen any terrible reviews and so far I do like how well it’s been working with me, I noticed increased calmness almost within 24 hr’s of first starting this and I did feel like I was happier and other’s have noticed as well and that was just with 5mg. The side effects aren’t terrible since I can take it at night before bed to avoid nausea and headache both common complaints that I have read on the companies website, I have had some nausea but it was bearable, I would not recommend taking this on an empty stomach, of course, that would be pretty yucky feeling I would imagine. I will try to update my progress with this soon I think weekly will be a good time frame. I am feeling very optimistic for this as I have tried a lot of different medications for Depression and anxiety, this medication is supposed to help with both. I had tried, Celexa, Topamax, Welbutrin, Buspar, Lexapro, Prozac and I think at least one other and tho Lexapro helped at first it pretty much wore down once I hit 20mg, Topamax was HORRIBLE for me but I was also prescribed that when I was wrongfully diagnosed as Bipolar back in 2015. I see my psychiatrist again on the 31st, I told her I will keep notes for her since it is a trial and she was happy with that. She also thinks I need something for possible ADHD since I am having a lot of trouble concentrating on one task at a time and recommended straterra, I heard a lot of good about this one so we will see how that goes as well.