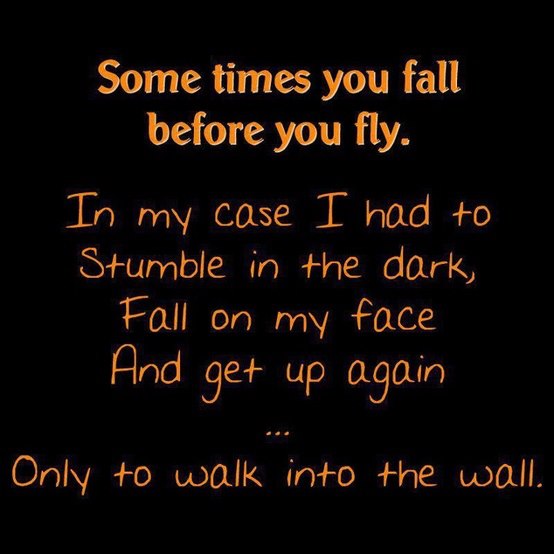 At times, i feel like i am being punished–paid back–for past mistakes or/and abuses i’ve done to myself.  –Probably self-pity, or something of the sort.  But, it is what it is, in the end.  Both hands have been aching and/or numb, a lot more recently, and the last two days, my right one is simply hurting….a LOT.  i’m trying, still, to remember to wear the supports, whenever possible, but i really don’t know if the ones i got through my insurance/medicare are going to be of any help, at all…..*sigh  But…for now, i’m trying, and my doc’s appointment isn’t until the end of next month, so, i guess i have time to see if they’re gonna help, or not (the supports).  Pain, as it stands, makes me angry.  There’s probably not a whole lot that i can really do, whenever the pain gets so bad i can’t pick something up or even hold a small pan without dropping it, in order to prepare a meal.  As far as i know, i’ve been this way, at least since 1998 or 99–when i was trying to get the ground ready for another garden, and (i didn’t know at the time) kidney stones had other plans…..  i still didn’t stop until the work was done, and i’d double-dug the entire area i was preparing for my garden.  By the time i went to the emergency room, i was doubled-over in pain, and had no clue why i was bleeding….. (Still wasn’t as bad as the clot–just sayin) i just remember how angry i felt, as i stood in one of the holes i’d dug, feeling miserable.  But, i also knew no one else was going to do the work, either.  So……….

Lately, i’ve been pretty frustrated about a lot.   Physically, my pain levels have put some huge dampers on plans i may be trying to put into action, as well as simple daily routines.  Secondly, i feel so exasperated because i feel my partner continues to take me and my presence for granted.  Perception–i know–but, it’s my reality.  i can only work with what i feel i know, just like anyone else does.  Assumptions…..yep, that’s a huge key, there.  i can’t help but feel he assumes i’m just going to DO and BE whatever, wherever, whenever…….*sigh  Meals prepared, whether he’s here or absent, so he’ll have something to eat, regardless of whether or not he’s already stopped and grabbed a bite to eat.  Laundry taken care of:  sorted, cleaned, folded, put away, and earbuds rescued, twice already.  –At least he’s helping lug the loads, back and forth, as long as he knows when.  Almost  every day, “when are you coming to bed?” is what i’m asked, shortly after he’s finished eating–knowing i am the one who cleans up, afterwards, as well as my own nightly/before bed routine–it takes time, and i can’t simply serve you and plop down for the evening.  i keep feeling like i’m on the verge of not really giving a flippin-fart about anything, especially when my own activities or/and staying in are constantly brought up.  i feel as though they’re being constantly thrown back in my face, even though i’m the one who’s “supposed” to be taking care of things???!!!  Some days, i just wanna scream or break something or even jump in front of a moving bus.  *sigh  i know a lot of people have it so much worse–harder–more dangerous–whatever the case may be.  BUT, constantly, these thoughts and pressures build…..and continue to grow….and GROW….and KEEP ON GROWING….until?????  What happens?????????