The Gremlin in My Brain – Living With OCD During a Pandemic 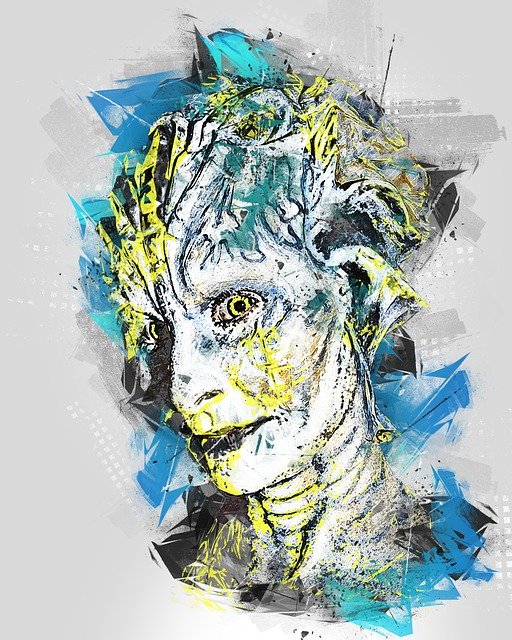 OCD runs on both sides of my family, so the chances of me having it were astronomical. I started developing symptoms as early as 10 years of age. I’m also on the autism spectrum, and many people on the spectrum have OCD, so I’m sure that contributes.

For a long time, my symptoms were under control. I hardly even noticed them. Then, at the age of 27, something traumatic happened that made me continually fixated on how the bathroom rug was positioned by the shower. That’s all it was at first.

Then, as time went on, it got worse. It got worse after repeated traumatic incidents until I finally had a complete mental breakdown a few years ago.

My primary OCD is checking. Feeling unsafe and thinking I made a mistake in checking something, so I can’t go to sleep unless I do is my worst problem.

I check the stove, the locks, the car door, the smoke detectors, and I also have developed a serious problem with hoarding. Over the years, I’ve developed an incredible phobia of throwing away anything that could be recycled. It’s caused me to hoard potentially-recyclable items in my home all over the place.

And GOD FORBID something ends up in the trash the gremlin in my brain tells me should be recycled because I will frantically dig through the trash to take it out, wash it, and recycle it. If I don’t, my anxiety will become so unbearable, no matter what I do, I won’t be able to sleep. The same goes for my checking things, too. If I don’t check until the gremlin in satisfied, it won’t “leave me alone” so to speak, and, without sleep, my anxiety only gets 100 times worse.

With COVID-19, it’s harder for me to properly recycle any of the items I used to temporarily hoard and get them out of my house. Before COVID-19, my housemate had no idea how bad my OCD really was, and I was very glad to keep it that way. Now, she literally trips over my problems, and there’s nothing I can do.

I’ve been months without a therapist because the one I had been seeing and was doing really well with has left her practice. Thankfully, she is helping me transition to someone new that she highly recommends.

OCD is a horrifying little monster that sometimes is just a whisper in the background of my life and, other times, a screaming banshee.

I’d like to talk a little bit about what happens inside my brain and body during my OCD “attacks”. Let’s say my housemate throws away a soda can in the garbage instead of rinsing and recycling it:

All my muscles tense, and I start planning in my head how I can take it out, rinse it, and recycle it without being caught. Because she has caught me and made comments, and it only makes my OCD 10 times worse. She doesn’t know or understand that, but that’s how it is.

Once I take the can out, rinse it, and recycle it, I feel like I can breathe again. All the anxiety goes away, but there is a lingering feeling of exhaustion and like I’m ready and waiting for the next shoe to drop. I’ve taken to rinsing things and then hiding them in my room because if she sees them in the recycling bin, it actually angers her. (I don’t know why this is, but it does.)

So, we end up triggering each other with neither one of us talking about it.

I also wait up until very late at night to go to bed because I don’t want her catching me doing what I call my “before-bedtime rituals”. I have to check the stove, the locks, and other things in a certain order in a certain way, and, if she catches me doing it, the amount of shame and embarrassment I feel is indescribable.

When you don’t live with OCD, you don’t understand why you can’t “just stop” or why these rituals are as important to you as breathing, eating, and sleeping, and I can’t put up with the silent judgement or commentary, and each comment, no matter how benign, just makes it worse and worse and worse.

I feel like I’ve become literally buried under my own OCD, like it’s become bigger than me. I used to have a better handle on it, but with everything going on right now, this is where I’m at.

I’m trying so hard to get me back, and I know this will be a life-long struggle. It’s a battle that never goes away. Me and the gremlin, dancing forever in a f*cked-up tango.