I just don’t know what to do. 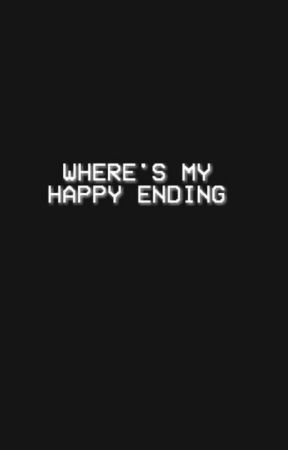 well idk where to start! or even how to start.

i have been facing mood swings AGAIN. its bad , worse! i dont know what t0 do! it doesnt feel any right. well i mention before about my boyfriend who didnt talk “properly” to me since 7 months. last we had a “hey-bye” convo was like before our exams began – 25 sept 2020. he promised me he would text after the exams gets over i.e. 17 oct 2020. i am hoping for the best -as i have no other options!

it sucks really does , we used to be best friends but now it feels like everything changed. argh you might be thinking -“deadsoulx has no other job except thinking and crying behind her boyfriend” but actually no – i stopped crying for people dont give a fuck. it sucks!

i decided i would break up with him bcux he doesnt even give me any attention , what did i ask for more? nothing ! i just wanted to be loved by someone. my friends tell me often – “bruh he doesn’t care , leave him , move on” but do you really think its easy to move on?

my biggest weakness/fear is being broken by someone whom i love </3 . and i cant forget people and move on any soon! i am scared of the possibilities of being called bad. i am scared!

from outside , if you see me – you’ll see a confident extrovert with utter happiness and no tension – good in grades , nerdy but ambitious. BUT deep inside –  i am scared little broken teen , insecure about almost everything.

he is my first boyfriend and i know that every single girl reading this will know how it feels to have a guy for the first time.  26 November 2019 <3

HE LOST HIS PHONE , COVUD-19 BROKE OUT , SCHOOLS SHUT DOWN , XBOX BECAME HIS PRIORITY , NOT ME</3

the first week i was like -“uh its okay” . after a month i was like – ” umm okay he’ll talk , chill” .after two months i lost hope  i became depressed. I called him on 01 June 2020 – he hung up on my face. i was broken – REALLY BROKEN … then on 09 July i texted him – and he replied — i thought things were gonna get back to normal but ofc am i ever gonna have a happy ending , lord? — nope

he again stopped talking. he had time to talk with hos bestfriend but not me.  okay me tell ya this bestie story real quick — that girl is a bitch , she is hoe too no offense, she had a crush on him since 7th grade and she is always behind (sexually maybe idk idc)pleasing boys – my boyfriend never gave a fuck to her , until she promised to act as a sister , but did she act as a sister? – nope.   tht woman went all over my boy(falling over him and stuff) – ending up breakin me! well idc now! you dont care about me , why should i?

now here i am!! — i am gonna break up with that toxic guy – who faked all his shits , who doesnt care and took me as granted(he mentioned this to his friend for being cool(who was also hurted  by him) , but little did he know tht the friend 0f his is my best friend ).

oh my god i am so pissed by him. but i still remember his perfume!! – i cry!! every time !! i regret for everything!!

what went so wrong??? i wanna cry !! i dont know what to do! i am facing panic attacks , anxiety and many more.