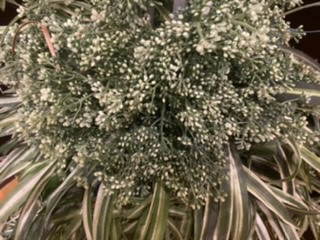 My daughter and I stayed at a hotel last night.

I used the pool, made delicious food using the microwave and slept well.   I also watched Love Boat.  I ate some chocolate pudding for dessert.

My thoughts wondered to what happened with the person my daughter  had been engaged to and felt some clarity and divine intervention.

2.  His mom calling off their wedding because a summer outdoor wedding would make her hair frizz

3.  The questionable people his family surrounded themselves with in work and life

4.  The financial loss his families caused us

5.  His family business was first to him.   My daughter was 2nd place

6.   His manipulations across the board

7. The emotional abuse he and his family gave employees, waitresses and all of us

8.  The emotional abuse to my daughter from his parents and him

9   One hour a week average spent with daughter total for five years    We live five minutes from where he worked so….  one hour

10  the mirroring he did ….   He played the role of loving future son in law and supportive to daughters education until she was about to take her college finals   Then he broke up with her. Her professor saw how upset she was and arranged for her to take the exam on a another day    She passed her exam.  She would failed it hadn’t of been rescheduled

11   The day he proposed, his mom took credit and said she made him do it

13   He spent money like water and didn’t value saving at all   His motto was as long as you have 100 dollars on the bank…..

17   We delivered the gifts and when we left, in front of me, he called his parents saying “they are leaving now .   Come on over”   His parents are mere steps away from us at the time   They didn’t want to be around us    All of it was so hurtful

As I relaxed in the soothing pool with the waterfall flowing, I recalled all these things and more with ease   The trauma of it was lessened by the days that have passed.  The details were remembered one after another and no tears flowed from my eyes.

In summary, there was just enough good in the situation and their relationship to keep it going for five years.

The whole situation was and is surreal