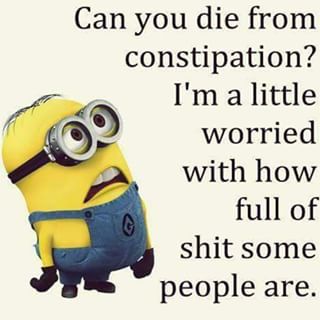 …..most people really don’t care how much we struggle with daily life.  –just a mere observation, here.  There is always something going on that we have little or no control over, that tends to create more pressure, stress, pain, etc.  But, we must try to keep going, right?  Regardless of how we’re feeling/doing, other people are depending on us?  Expect more from us?  Would feel incredibly hurt and/or let down should anything negative happen to us?  Yes, i do contemplate a bit too much, at times.  Ehhh…i can accept that.  So, what has that gotten me?  hmmmm….Does it matter?  Or, am i simply grasping at straws, again, trying to figure out my silly existence?  –i really dunno.  i’ve had a couple decent-ish talks with my husband, in the past month, and i would like to think there is a growing understanding emerging.  –Of course, i could always be mistaken–would not be the first time!  But, i’m trying to be a touch more positive about things….not much, but hey, gotta start somewhere, right?  And, i’ll openly admit that i am not the easiest individual to understand, especially when conversing with other people.  i seem to be able to write about pretty much anything, but when i speak, i struggle to find the right words to describe my thoughts/feelings.  —i can’t be the only person like this.  i know i have had some injuries to my head, that’ve caused some issues, but in general, i know i can’t be the only person who feels misunderstood, most of the time.  *sigh  That, in itself, can be a real issue and stressful; almost as if there’s a road-block between your brain and lips, and you know exactly what you’re trying to say, BUT something else comes out.  i’ve been dealing with this kinda thing for over twenty years, now.  Sometimes, it can be very hard to get one’s point across–no matter how simple the idea may be.  Still, can’t give up, right?  Have to keep trying to get our points across and make other people understand?—or, does it even matter, in the grand scheme of things?  Ya know, i told myself–as well as a few family members who were there, at the time–that after the accident in ’97, i would not shut back up and be silent, anymore–i’d protected all the wrong people, and the innocents were the ones who continued to get hurt, so that was unacceptable, and needed to change.  Sounds like a good plan, right?  i thought so too….  It was even good for a few giggles, now and then, as well as actually helping out a few friends.  Again, i have no clue if it ever really ‘worked’ like it should, or if i really accomplished what i meant for it to do, in the long run.  People are gonna be how they’re gonna be–and i cannot change that.  The only person i can change or work on, is myself.  *sigh  No matter how much i see or say, it really doesn’t matter, after all.  So, why say anything?  Why not just keep to myself and just try to keep my guard up, so i won’t keep getting hurt?  Would that even work?  —It never did before–not for me, anyway.  i guess i need to figure out alternatives and work on a different approach?  Something…..something different needs to be implemented.  Simple as that, i think.  Guess we’ll have to wait’n see how things really do wind up……Either that, or give up.