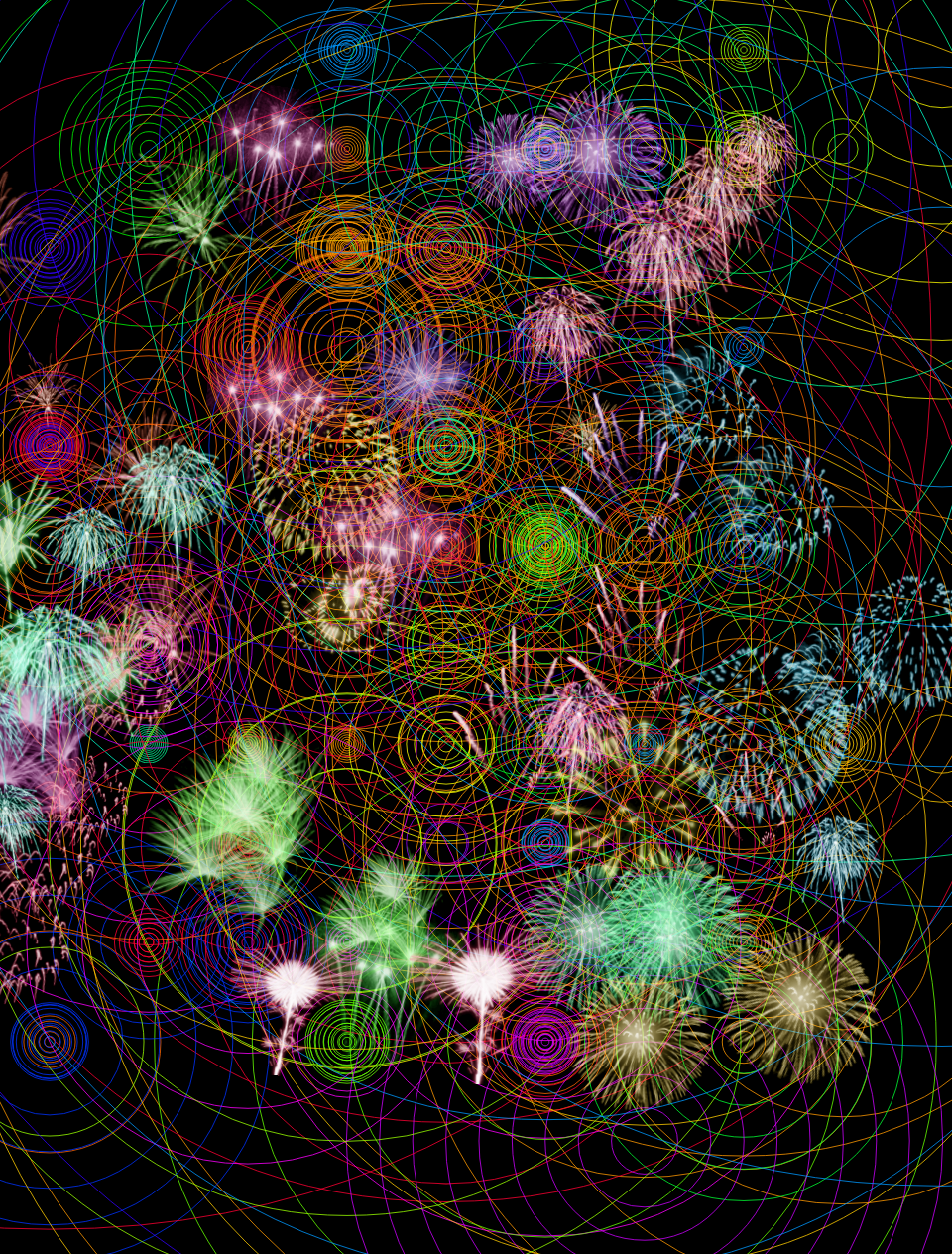 When I was younger there was one Fourth of July that stayed in my memories. It was raining and I was upset because we wouldn’t be able to watch fireworks for real. I remeber watching the water come down in sheets through our back window and my sister coming over. I told her I wanted the rain to stop and she said she could make it stop. She was teasing of course. She knew she couldn’t. But I believed her. So she told me to stand back while she worked her “magic”. She crouched in a corner and sung weird cult songs and made overly aggressive hand mouvements. I laughed. She probably wanted to make me feel better so she was being silly. I felt better so I walked away. When I came back, she was still crouched in the corner except this time her eyes were closed and her hands were together as if she was praying with her forhead against them. Then the rain stoped. I was amazed. She opened her eyes and made a face like “I told you so!”. I ran to my parents and told them everything, “She stoped the rain mom! She really did!” They gave me that look you see parents give so often the “Yeah! Uh huh I bet she really did!”. I never stoped talking about it that day. All I could think was that my sister had super powers. My sister who could stop the rain.

Now I’m sitting in the room me and my sister share years later listening to the rain that’s beginning to fall. Another rainy fourth of July. How I wish I could go back to the other. When my biggest worry was not seeing the fireworks. But after a while what I really remember about that day wasn’t the fantastic coicidence that stoped the rain; it was my sister. How I looked up to her and saw an amazing person. I wanted to be just like her. I never thought she could be going through anything. I thought she had everything perfect. Absolutly no flaws.

That is until last year when my mom told me she had anxiety. She made it seem like it was no big deal. They were handling it and it would be okay. I shouldn’t worry.

Then she told me that my sister had more anxiety than they thought. A lot more actually. Also depression. She proceeded to tell me that my sister had anything induced anxiety and major depression. That was a big blow. See my sister had this allergy to peanuts. It was mortal meaning if she ate them she would die. So you can see where she got her anxiety. Probably also her depression come to think about it. Imagine never being able to eat certain foods. Foods that your friends probably loved. You’d always have to be careful. That could take a lot of fun out of being a kid. Of course she also comes by her anxiety and depression honestly. A quick look at our family’s history told us that much. Its where my depression comes from too.

My depression hadn’t really developped into something large yet. If I look back I can see points in my life where what I was feeling was definetly my depression but my family didn’t really know what that was yet. See we had been a happy go lucky family forever. We had it good. Nothing was wrong really. Not until we found out about my sister.

For a while nothing really came up. I knew what depression was. By that time I had friends who had scars on they’re arms and in their mind. I knew life wasn’t that easy. But I still never thought it would happen to me or someone that I loved. Nothing bad could ever happen to the girl who could stop the rain.

The months went by and no one talked about it. Then my mom told me my sister was cutting.

It was like nothing I’d ever felt before. I curled into a ball and cried. I cried and cried and cried. For an hour. I couldn’t believe that my sister felt so horrible that she felt the need to hurt herself. It hurt so much. I can’t describe it. Like part of your heart isn’t empty but is replaced by this black sticky thing that suffacates the rest of you. You can’t breath. It hurt. It hurts.

But I dealt with it for months not mentionning anything when I saw the rows of cuts on her legs. The jagged lines carved into her arms. I didn’t ask why all the sharps in the house disappeared. I just sat quietly wishing I could do something knowing I couldn’t. I thought things were going to be normal again, but one day when I got back from school my sister wasn’t there. I asked my mom where she was and she told me my sister was at a mental hospital of sorts.

She never really told me why but I knew. You don’t just go to a mental hospital. Something bad has to happen. I’ll never know if my sister tried to commit suicide or if she was just found reaally close to it. All I know is that she was gone for a week.

Back we shared a bed. The first night I turned over and saw that she wasn’t there and sobbed. I cried myself to sleep. That happened pretty much the rest of the week. When she came back I was so happy. But she was different. Distant. No longer the girl who would stop rain for me. I retreated into myself. Not wanting my parents to have to worry about me too. Life was weird for a while but I got used to it. We settled into a routine.

That is until she left again. Another week without her. This time I didn’t feel much. I was just numb. Feelings hurt and I didn’t want them so I didn’t feel them. I was empty. School was hard. The occasional break down in math class. The snaps at my best friends I felt bad but what could I do. I wasn’t aloud to tell anyone. I was alone.

She came back different and stayed different. I’m different too. And I’m still alone.