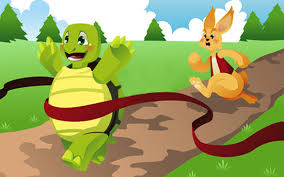 I’ve been recently diagnosed with ADHD at 47 – I’ve used cocaine for in excess of 20 years and big quantities – I’ve never managed to quit properly. My longest “drug free spell” is approx 6 weeks. No matter what has happened I always end up doing it after a few weeks – typically about 10 days or less.

I had some CBT years ago (13 years ago) and the lady then suggested I be tested for ADHD I dismissed her. She was sure I had it and was self-medicating – it just gave my mind peace. I could even sleep on it. I’ve tried to stop entirely but whilst I no longer use every day – I never go for more than week or two typically before I use.

But, my mom passed away in April 2019 and that was the straw that broke the camels back – my world was low as low. Suicidal as she was my rock. She kept me functioning and it became apparent to me I needed to pursue diagnosis as doing coke is no answer and my life is a mess – yet I have a high IQ, very well paid work – but basic things like paying bills and cleaning the house – derail me and deep down I’m always worried about my anxiety and adhd deraIling me – I take coke and I appear more restrained and calm. It was clearly not the answer or my life wouldn’t be in the place it is now – but recognising and accepting something about you is not “normal” and in turn made more difficult by the complete non-sensical way I can accomplish complex tasks, yet fall apart over things most people do with ease.

I am hoping that the diagnosis and soon to be medicated version of myself can get on with life and succeed in the way I have in fleeting periods. Amazing how when I told people I’d be diagnosed – nobody was surprised – it seems we may think we are self-aware but often where mental health conditions are concerned we can not see the wood for the trees.

As two very close friends said “No shit Sherlock” – was it that obvious ???

I am of course also hoping I will not need to self-medicate with coke given I will be prescribed an amphetamine based medication.

To those of you without ADHD it may surprise you to know how coke and / or coffee work the opposite way for me – they even help me sleep better when my mind is racing – they quieten the often overwhelming noise down of my over stimulated mind by helping me focus.

Coke unlike coffee of course is a double edged sword. You always end up you doing too much and too often – blow money and I often stay awake all night / often for days – not cause of the stimulant effect – but, because my mind is so clear of the clutter – I go into overdrive and do too much to make up for lost time which of course has its own consequences – crash out and miss work, once you are on it and know you will crash out (after days of being awake) you of course have no choice to carry on or risk missing work.

ADHD can be a gift when in the zone – but it’s a living hell and not being diagnosed has meant w used coke for such a ridiculously long time – that I doubt that even with legal stimulants – I’m sure I’ll not suddenly resolve my addiction.

I’ll keep posting on here and update people about the progress.

It may help someone else in a similar space plus I know I need some encouragement as I’m sure this is going to be a tough journey still.

But, now I’ve accepted the reality of me having ADHD – 30 years of flying and falling over is more than enough proof.

It’s no good being able to accomplish anything you like if you can only do it when your ADHD is in hyper-focus mode…..

…..this is something that the famous old Tortoise attested to when racing what I now know was in fact…..an over-excited, ADHD (non-diagnosed) Hare who was very fortunate not to suffer the double humiliation after losing the race of a failed drug test in which his specimen I’m 100% certain would have tested positive for cocaine too