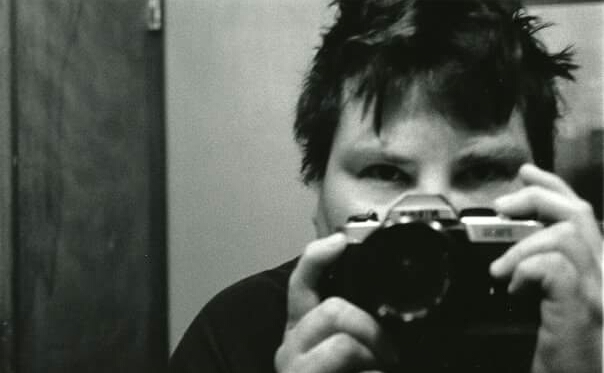 this is where things once again get tricky. do you remember the venn diagram? well, it’s sort of like that. once again, i was living two different lives. i was living the “good christian soldier” life and the “true to myself” life. those two “lives,” were completely different and opposing. each “part,” was aware of the other, but neither one could survive in the other’s world.

the “good christian soldier,” was a “character” that i “played,” a part of me. she was broken down, re-molded, groomed (and, this word choice wasn’t a mistake.), and programmed to make other people happy…and, to make jesus, pretty damn, motherfucking happy…or so i was told. her only purpose in life was service to others, including important people at the church, like the pastor.&nbsp;

she was to be seen and not heard. she was supposed to be obedient and submissive. she was never allowed to speak of anything remotely personal…everything was to be kept quiet, swept under the rug, and if things ever seemed wrong, “fishy,” or strange…she was to take her mother’s word for it…when she told her, that her perceptions were off.

and, her mother constantly sang the song, <i>onward christian soldiers. </i>that set the tone for church on sunday nights and mornings, sunday school, as well as wednesday awana nights. yes, the song was a reminder of what was expected and required. it’s also a trigger for me. some of the lyrics: “onward christian soldiers, marching as to war, with the cross of jesus, going on before…”

she was being prepared and sent off to “battle.” for her, everything was a battle. the “good christian soldier,” had to fight every urge and desire to just flee. she had to suck it all up and just keep it to herself. there were frequent battles, at church, at home, and at school…to remain present, as the “good christian soldier,” because the “true to myself life,” was always fighting to be heard and acknowledged.

***i’m stopping at this point. everything that i spent all day writing, has vanished…poof…now, i’ll finish this later or tomorrow. ***

Rebecca Loesberg
Licensed Clinical Social Worker
Online Therapist
VIEW PROFILE
It's completely understandable to have feelings of anxiety, overwhelm, stress and depression--especially now. Being a human is tough stuff! I want to be your go-to companion as we figure out a way to make these feelings a little easier for you to deal with on a daily basis. I'd love to talk for an initial consultation (totally free!) to see if you think we'd work well together!

Emilie Ferran
Licensed Professional Counselor
Online Therapist
VIEW PROFILE
Together we’ll merge the best creative and scientifically-based tools that work for you. With this in mind, I like to take an active and practical supporting role in helping you work through the crud and achieve your goals. For those seeking a more “give it to me straight” approach, I’m your gal. My preference is to keep it real, honest, and true, while also holding safe space for you to feel comfortable being your most honest and vulnerable self. This isn’t a ‘sit and listen’ type of counseling. Instead, I’ll be asking you to take real, and sometimes difficult, action in order to work through your challenges. I’m all about offering various choices, strategies, and ideas, so you may find what feels best for you.

The Resilience Network LLC
Licensed Clinical Social Worker
Online Therapist
VIEW PROFILE
Have you ever wondered why some people just keep going on no matter what challenges life presents and others struggle? We believe that resilience is learned not doled out randomly. We provide the necessary skills to navigate the world with greater effectiveness, satisfaction, and happiness. We would love to talk with you about what we do and how we can help you.

Katrina Taschman
Marriage and Family Therapist
Online Therapist
VIEW PROFILE
I value doing deep, attachment-based work that gets at the root of your struggles. Whether I am working with individuals, couples, or families, my goal is to help people feel less burdened by negativity and more connected with themselves and their loved ones. I am trained in Internal Family Systems, a way of working with the brain and body to let go of buried pain and tap into inner wisdom and strength. Lets explore ways to increase your confidence, integrate past experiences, and release beliefs and patterns that no longer serve you.