No Matter How Depressed, Brush Your Teeth! 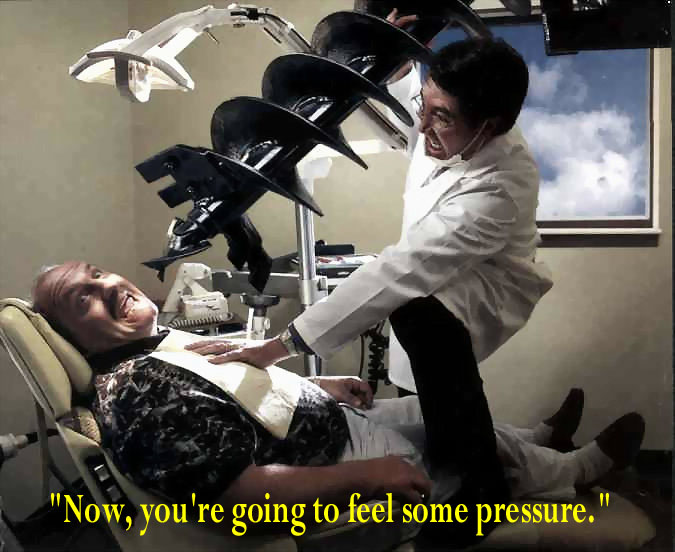 I’ve not been taking care of my teeth.  Every day, I am torn between trying to make my life useful or dying by suicide.  So I have been negligent in pretty much all aspects of personal care, be it showering, washing my clothes, or brushing my teeth.  It is gross, but it is the reality for somebody with major depressive disorder (MDD) that is crushing down on them.

Of course, if I was doing well, I’d be brushing my teeth at least once a day, if not more.  When life takes a downward turn, it seems all these bad things cascade upon one another: first feeling depressed, than being unclean, then wearing dirty clothes, then… cavities in teeth.

I’ve had a cavity filled before.  Heck, I have had wisdom teeth pulled before (with freezing only, no anesthetic!)  Those experiences weren’t fun, but they weren’t traumatic either.  But today, my toothache was nothing like before.  It was bad.  I could not think.  I could not sleep.  I could not concentrate.  The dentist said that I would need a root canal, as there was infection deep inside the tooth.

I had no choice: if I didn’t do the procedure the pain would get worse and worse until the infection leaks out of the tooth, spreads to the rest of the body and … well I had no choice.

I can’t describe how much this hurt.  As the dentist performed the procedure, I was grunting and groaning, suppressing the need to yell.  I gripped the armrests of the dental chair with both fists so tightly my wrists hurt, and I’m fairly sure at one point I went cross-eyed, nearly lost consciousness in pain.  I saw that he kept injecting more of the freezing agent in response to my writhing in pain, but I guess when nerves are badly infected, the pain just can’t be shut off.  Sometimes my legs would stretch straight out off the dental chair when he hit an extremely sensitive area.  When all was said and done, I walked out of there (barely) and my arms and head were trembling from the trauma.

Now I’m on painkillers and antibiotics.  The dentist said the infection was really bad so he wants to make sure that it doesn’t spread after the procedure is finished.  I just hope that my tooth isn’t too painful by the time the freezing wears off in a few hours.

All of this could have been prevented if I had brushed my teeth regularly.  And I know that, it isn’t rocket science.  But it’s through years under the darkness and despair of depression that I didn’t apply this wisdom.  I suppose today’s root canal was a wake-up call that I need to take care of my teeth no matter how bad the depression is, because that pain was nightmarish.