The Day I Attempted Suicide 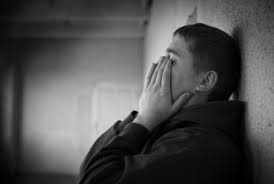 My mom yelled at me about something stupid (as per usual), I believe she was angry because I accidentally put a clean sweater in my laundry basket. Normally, the emotional separation wall comes up and I internalize the hateful words without showing too much emotion.

But that day, something in me broke. I just couldn’t take that anymore. You see, in the past, I’d been abused by my grandfather. I’d experienced extreme abandonment from both of my parents. I’d been bullied at school. I felt so unwanted. I felt hated by everyone in the world. It hurt so much, I just wanted it to stop…

That wasn’t like every other Saturday. That Saturday, I decided to take my own life. I took over 100 aspirin pills. It tasted disgusting…. I was crying at first but then the euphoria came. There is this strange feeling… you just stop crying and start to act like you are being reasonable. Meanwhile setting up your own death.

But then… I started thinking. About all the people I didn’t even know who killed themselves. How sad I was when I heard about them. I thought about how everyone would forget about me forever. How if I died it would be… the end. There’s no coming back. And then… I thought about my sisters. I’m AFAB, so to them I’m their big sister (*vomits*). They have experienced all this trauma too. I couldn’t leave them. I couldn’t.

So I did the unthinkable. I wrote a note to my mom saying I’d attempted suicide and I needed to go to the hospital. I walked downstairs, lethargic already from the pills. It had been over 2 hours since I took them. I gave her the note. I’ll never forget what she said to me.

”Why? Because of a sweater?”

I was rushed to the hospital. I was given an IV. I needed to drink charcoal, which I can tell you is disgusting. I vomited that up. They took my blood a few times. They did tests. We sat there for hours. My mom was surprisingly supportive. We watched cat videos. I couldn’t use her phone because the doctors told her not to give it to me. I guess because I was suicidal.

They cam and told us the amount of aspirin in me could be fatal. I needed to transfer to a bigger hospital. So I did. One thing that really intensified my gender dysphoria was that everyone saw my boobs. A lot of people saw my vagina. Ugh. Awful.

When I got to the bigger hospital, they brought me to the ICU. It was full of kids pictures and stuff. I didn’t like it there. But worst of all……..

They gave me a catheter. It’s a tube that goes into your pee hole. They needed a crew of nurses to hold my legs open. It hurt the whole time.

Then they gave me some kind of fluid on my IV. But they said it was flushing out too much Potassium, so they gave me some sort of potassium thing on a different IV. It hurt so bad, I was crying and needed a heated pad.

In total, I was at the hospital for 3 days.  A nurse was in the room with me the whole time. A nurse had to stand by the open door if I changed or went to the bathroom. It was humiliating, painful, and just all around awful.

After I got home, things were worse than before. I wasn’t allowed to do anything. Not even be in my room alone. FOR MONTHS.

But in the end… it was worth it. If I had died that day… I wouldn’t have done all the things that have made me happy. I wouldn’t be there to support my siblings as they grow up. I would have scarred them and ruined the lives of so many people.

Suicide needs to be less stigmatized. Nobody talks about it. I had no idea that things could get better. You need to know: things will get better.

I was 13 when I attempted suicide, and I didn’t realize that I had so much to live for. So much.

(p.s. I’m here for anyone who just needs someone to listen to them)