Picking up the pieces 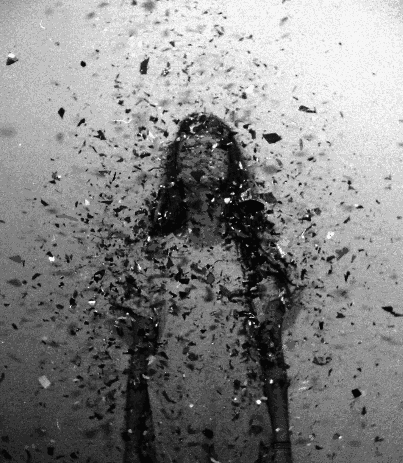 The last two weeks have been horrible. I’m holding on by a thread and feel so lost and hopeless at this point. Some back ground information. I’m 42 years old, married, and have two kids. A girl 14, and a boy, 12. My daughter has autism and epilepsy. She’s verbal and can walk but has the mental capacity of about a five year old child.  She also has terrible behaviors, is prone to outbursts, and meltdowns, and can at times, become violent and destructive. My troubles started two weeks ago when my son was badly beaten by a neighborhood boy. As any concerned mom, I called the police.  This bullying has been ongoing. This boy has broken my sons glasses, thrown snow balls at him, hitting him in the face with them, he teases and makes fun of him, and over the summer he pull a pocket knife on my son and said that he was going to cut him with it. So far the police have basically brushed my concerns under the rug, stating that it’s my sons word against this other boy. Well, this time we had a witness. So the police went down to talk to the mother and her son. About 15 minutes later the police officer returned, with another officer, and a detective. They demanded to be let into our home to do a “walk-through” or else they would get a warrant and my husband and I would be arrested. Their reasoning for this was because they noticed that my front porch was a mess and they could smell cat urine.  So I went ahead and let them in and they did a walk-through, and also thoroughly searched my house. They even went through my husbands computer, stating that if he did not give them access that they would take the computer with them. Needless to say they found nothing on the computer, but they did have concerns with the state of the house, which I’ll admit was in horrible condition. They deemed it unsanitary and unsafe for the kids. I don’t have rats, mice, roaches, bed bugs, or anything like that. The main concern was dirty dishes, the floors were not clean and mopped, the bathroom was not clean, and my daughter who is still in pull-ups, throws her diapers on the floor rather than the trash can. There were also dishes in the living-room (no rotting food) but a lot of clutter and trash like pop cans, papers that my daughter tore up, toys all over the place, the dinning room table was cluttered etc… Over all the main complaint was the diapers and trash all over the floor. They found no evidence of abuse or neglect of the children themselves. They were clean, had clean clothes, well fed, and basically happy.

So they ended up removing the children and placing them with my mom. My husband and I were arrested. At the police station I was asked if I felt homicidal and I responded with “No, but you could shoot me in the head for all I care.” That statement landed me in a cell over night, with no furniture, stripped naked, with only a blanket and a small grate in the ground as a toilet. I was released the next evening around 4pm, never told what I was being charged with, never had a court appearance, basically was given no information other then you’re being released, here’s the door. They wouldn’t even allow me to call anyone to pick me up so I had to walk to a local restaurant and use their phone to call my husband who’d been released several hours earlier.

Now that we are home, we are working closely with CPS, and the local mental health center.  COPS firmly states that it is their intention to get my kids back home, and they are going to do everything they can to help me and make that happen. I will probably have to go through parenting classes, have a mental health evaluation, (I’ve already been diagnosed with Major Depressive disorder, GAD, and Social anxiety), luckily I see my therapist tomorrow (Thursday).  I’ve been in therapy for years, I have a psychiatrist, and am on two different medications for my depression and anxiety. I’ve also had the children in therapy, they see a Dr as well, and my daughter is on medication for her behaviors that I feel really doesn’t work. I’ve tried for years to get some kind of respite care and so far what I’ve found out is:

I have the option of placing her in a residential facility for Autistic children but I don’t want to go that route unless I absolutely have no other choice. There are no facilities close to us. the closest being about an hour away. And I don’t personally have the funds to self pay for any respite care. At this point right now though my mother needs the respite as she’s having a real hard time dealing with my daughter. I’ve been making phone calls on her behalf and so far no one returns my calls and so I’m wondering if they are legally not allowed to speak to me right now. I’m at a loss on what to do. My husband and I are working hard on cleaning the house, we are cooperating 100% with CPS and the courts, and then I have my mom calling me several times a day, in tears, because of my daughter. I’m doing everything that I can but the situation is just getting worse and my mom is now saying that they are going to have to find another situation for my daughter because she just can’t take it anymore. I totally understand that and even told my mom that I don’t blame her, and that she also has to consider her own mental health. The problem is that I just feel like I’m backed against a brick wall. I want to help my mom but I’m under a supervised visitation only order, I can’t even drive the kids to school or take them to dr appointments and CPS has yet to get back with me about whether that order can be lifted or not. My mom is desperate for some help and I want to help her and get my house cleaned, and do everything that they’ve ordered but it’s all becoming so overwhelming.

On a happier note, my husband and I did get all the diapers and other trashed cleaned up. We’ve gotten the dishes cleaned up and I am currently working on cleaning the floors, walls, counters, doors, windows, etc…We rented a dumpster and I am throwing out everything that is not in use or not needed. Boxes that I haven’t opened in the past year are getting pitched. Old clothes are getting pitched, old toys, etc… I even created a clean neat space for the kids to hang their coats, book bags, and shoes. I’m really taking this seriously and have been looking at different websites with tips on cleaning, clutter, and organization. I just hope that what I am doing will be enough and we get the kids back relatively soon. I know it’s probably just my depression, but I get bouts of sadness where I nearly convince myself that the kids are gone for good and I’ll never see them again. It’s just a bad situation for everyone involved, but we’re doing our best to correct the situation.