The Pace Of Things 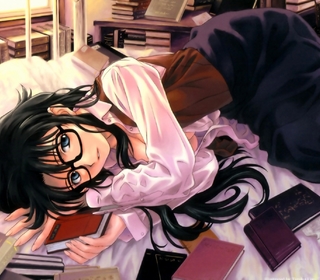 So, things seem to have halted for a bit. My roommate is back from his month-long work trip and I managed to organize enough for him to be able to walk through the living room, again. I still have much more to do, clutter wise, but I don’t feel trapped in that urgency cycle I created for myself, when suddenly I gave myself some random ultimatum, anymore. It’s weird. I thought I was gonna get the job for the pet day care place but no. I still doubt if I’m ready for a job, at all, but I just don’t see what else of a step could be taken to move on. I feel kind of in a limbo.

Because of that and the after effects of all the crap I went through, before finally arriving here, I have been indulging, almost daily, on a natural medicine for PTSD, I cannot name here, and it has had weird and slowing effects on me, mostly on a rather escapist level but it actually helps my nerves. Like a calming balm on the pathways of my nervous system. It’s just not very conducive to getting things done or memory processing. I also spoke with my younger sister, yesterday, and found out she’s battling her depression, again, but a bit worse than usual. I worry about her so much. I hope she doesn’t end up burning herself out.

She’s in graduate school and has a demanding job and she’s very intent on performing and getting things done but she overbooks herself and then wonders why she’s depressed. I mean, I get it, it’s chemical too but I think she underplays the effect her pushing herself to just do and do and do has on her psyche, along with other undealt with patterns from our upbringing. At least I’m glad she’s being honest and open about it with me and that she’s willing to start counseling as well. There was a time when we’d just hide shit from each other, trying to not worry each other and stuff, but I feel we’re growing closer, as adults, and I hope that, through this new-found trust, I can help her avoid some of the struggles I’ve encountered in my own journey of mental health, or at least guide her and support her through the inevitable, whatever that may be.

Back to how things are, here, on the daily, I feel like, no matter how hard I push to get things done, myself, there’s a flow to this I need to accept. It scares me cause I had certain plans for my life but you know how that goes! I’m constantly torn between planning to move somewhere random and starting over vs. staying here and bringing some long-held, creative plans to fruition. Definitely do not have a clear view of what’s gonna happen, anymore. I’m not saying things I always wanted won’t happen, at all, but definitely not at the pace I had expected them to. I think it will serve me to see this unemployed time as time to create and re-invent myself.

I’m thinking of doing a gofundme to get cash for therapy. I’m kind of reticent bout posting it because, in it, I admit I don’t have family financial help and some family could see that or other people not understand. So, it’s on hold, but I’m thinking I can just make a lot of art and sell it in exchange for therapy money, somehow. I really do need it. If not through a kickstarter campaign, then at least painting things in public, in town. At least I got 50 bucks for my birthday, from my grandparents, today, as a present. Hurrah! That makes this month’s therapy session much more affordable. My father is sending me a new phone via mail, cause the old one stopped working, and that’s my present, which is perfect.

Found out he’s going to Greece. I’m happy at least I don’t count on him financially for anything else, any more, because I hate that feeling of knowing he saves money for trips around the world but when I’m really ill and need therapy, he would make me feel guilty or bratty for asking. He doesn’t get this is a life or death issue of maintenance, for me. It’s ok. (I mean, it’s not but it is what it is) I can’t depend on him to save my life, you know? If I get a phone, I get a phone. It’s not nothing, so… grateful for that. The rest is up to me to figure out.

I wonder how many of you have had to make peace with the fact that your family doesn’t get how important getting medical/psychiatric help is for you and looks at it as if you’re asking for a burdensome luxury. That they don’t get you’re truly disabled, even though they can’t see your illness like they would a bruise on an arm. W/e.

Been trying to get a hold of my old therapist for old files. She did respond and said she was willing to “furnish me or my new therapist” with such. Wrote a really long update on how things ended up with me, after going “no contact” with Dad, moving from my old transitional housing and managing to exit my old cycle of self-destructive substance use, so she knows that what she was working on, with me, last time, did have a positive outcome, follow-through effect. Sent a friendly reminder to her, today, that I start therapy again on the 1st, jut so she doesn’t forget. I’m sure she’s just super busy but it still bothers me when she takes so long to respond. It triggers my insecurities, you could say. I really hope I’m not coming off as terribly clingy, when I keep asking her for closure. I just wonder if she gets how big a deal this transition and lack of safety is, for me, now.

On a positive note, while I hope I’m not putting all my eggies in one basket, I do hope this new therapist gets it and gets me. She seems nice enough but the question is, will she challenge me? Will she push me forward toward big self-discoveries and strong processes? Will she call me out on my shenanigans and will she have good emotional boundaries? I’m very picky when it comes to caregivers. I know what difference, for good or worse, it can make to have the proper one or not. Well, I feel like I’m rambling now, but that’s the update. Bit boring, bit uncertain, still. Let’s capitalize on the free time, I hope. That’s all for now. Hope you’re well.