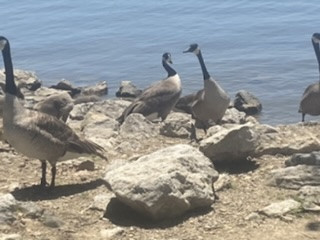 Remember… you can be kind and loving to someone… but if they haven’t dealt with their hurts that are keeping them from being loving and kind… then they can’t be loving and kind in return. They just can’t… even when they are supposed to!

When Abraham Lincoln became the president of America, his father was a shoemaker.
And, naturally, egoistic people were very much offended that a shoemaker’s son should become the president.
On the first day, as Abraham Lincoln entered to give his inaugural address, just in the middle, one man stood up. He was a very rich aristocrat.
He said, “Mr. Lincoln, you should not forget that your father used to make shoes for my family.”
And the whole Senate laughed; they thought that they had made a fool of Abraham Lincoln.“`
But certain people are made of a totally different mettle.
Lincoln looked at the man directly in the eye and said, “Sir, I know that my father used to make shoes for your family, and there will be many others here because he made shoes the way nobody else can.
He was a creator.
His shoes were not just shoes; he poured his whole soul into them. I want to ask you, have you any complaint?*
Because I know how to make shoes myself. If you have any complaint I can make you another pair of shoes.
But as far as I know, nobody has ever complained about my father’s shoes. He was a genius, a great creator and I am proud of my father”.
The whole Senate was struck dumb. They could not understand what kind of man Abraham Lincoln was.

He was proud because his father did his job so well, with so much enthusiasm, such a passion, and perfection.

It does not matter what you do.

It can hold you back from meeting your goals.